The summer edition of Rochdale Style has a special feature on Belfast-born Jimmy whom it describes as the “town’s adopted son”.

Style is a glossy magazine reporting on society and current affairs in the town of Rochdale.

It was set up by Rochdale-born and bred actor Colin Meredith, who has had several notable appearances in ITV’s Coronation Street over the years.

Colin wanted to project a positive image of the town and so started publishing Style Magazine.

It has been going for around 10 years and, because Jimmy is a local Rochdale-based celebrity, he has featured in the magazine previously.

In the recent interview, Jimmy reveals his favourite comedians and the inspiration behind his famous stand-up act.

He also talks about his Mammy shrinking his trousers, his daughter’s comedy genes and bumble bees.

The latest article about Jimmy was written by Colin’s daughter, Ruth Meredith. 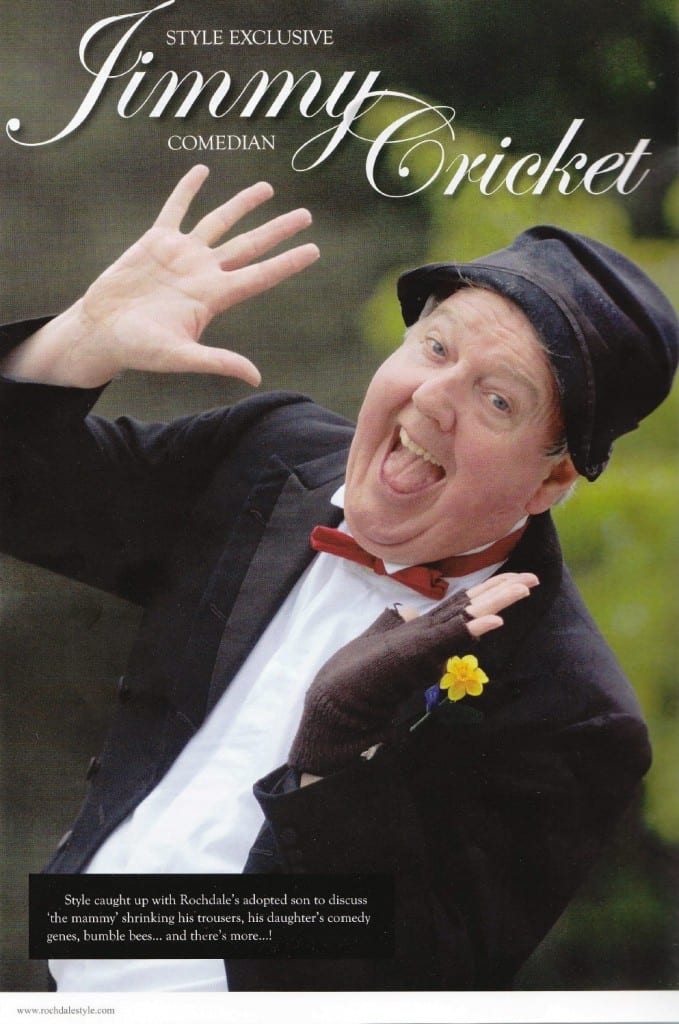