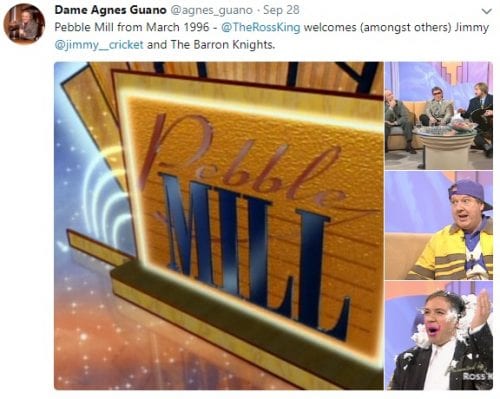 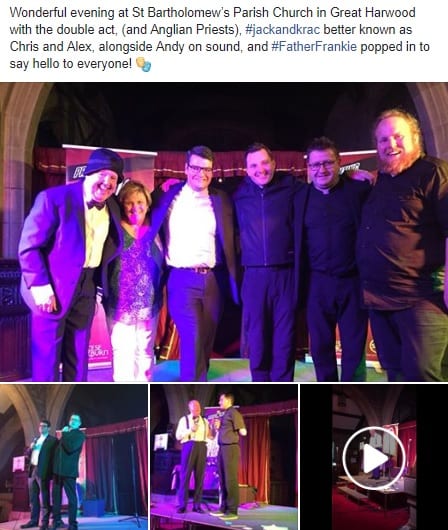 One of Jimmy Cricket’s sons paid an impromptu visit during a show in east Lancashire.

And comedian-turned-Roman Catholic priest Fr Frankie Mulgrew turned up at the event which took place at St Bartholomew’s Parish Church in Great Harwood.

Jimmy said on social media that it had been a “wonderful evening” and added: “#FatherFrankie popped in to say hello to everyone! 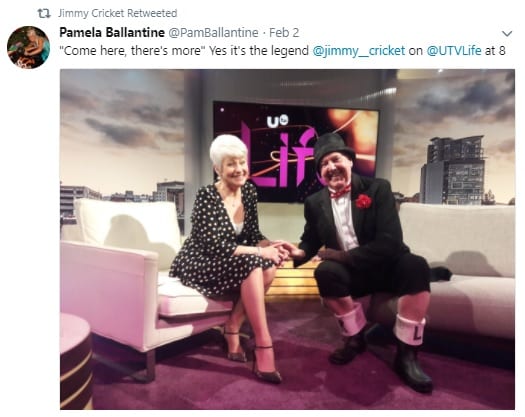 The famous Belfast-born entertainer, described in the preview material as a “comedy legend”, talked to chat show host Pamela Ballentine.

UTV is a commercial television broadcaster in Northern Ireland owned and operated by ITV plc as part of the ITV Network.

The show featuring Jimmy can be viewed here.

Pamela is one of Northern Ireland’s best-known presenters, renowned for her friendly hosting skills on some of television’s most popular shows, including Friday evening’s UTV Life which draws a weekly plethora of A List stars who join her for a chat on her famous sofa.