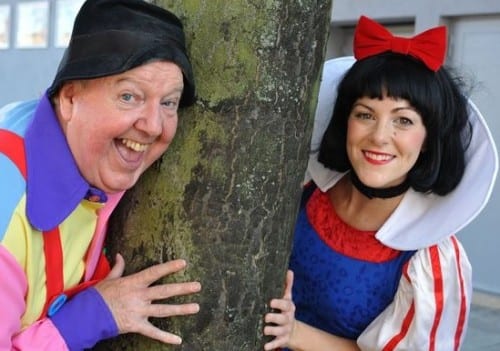 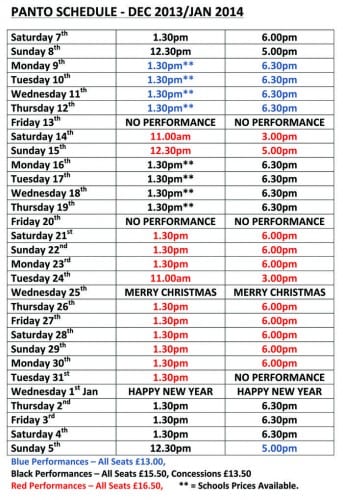 The Northern Irish funnyman plays the comedy role of Muddles in that old favourite, Snow White and the Seven Dwarfs, at the Forum Theatre in Billingham near Middlesbrough.

Also in the cast is Emmerdale’s Kurtis Stacey (he plays Alex Moss in the soap) who will feature in the role of the Wicked Henchman.

On most days, there is a 2.30 afternoon matinee and an early evening show starting at around 6pm, though times vary on different days. More details on the panto schedule on the right.

The panto, which runs until 5 January, is being produced by the hugely experience Duggie Chapman, who has been in charge of the Forum Theatre’s panto for the last 15 years.
For more information or to book a ticket, visit the Forum Theatre website or ring the Box Office on 01642 552663.