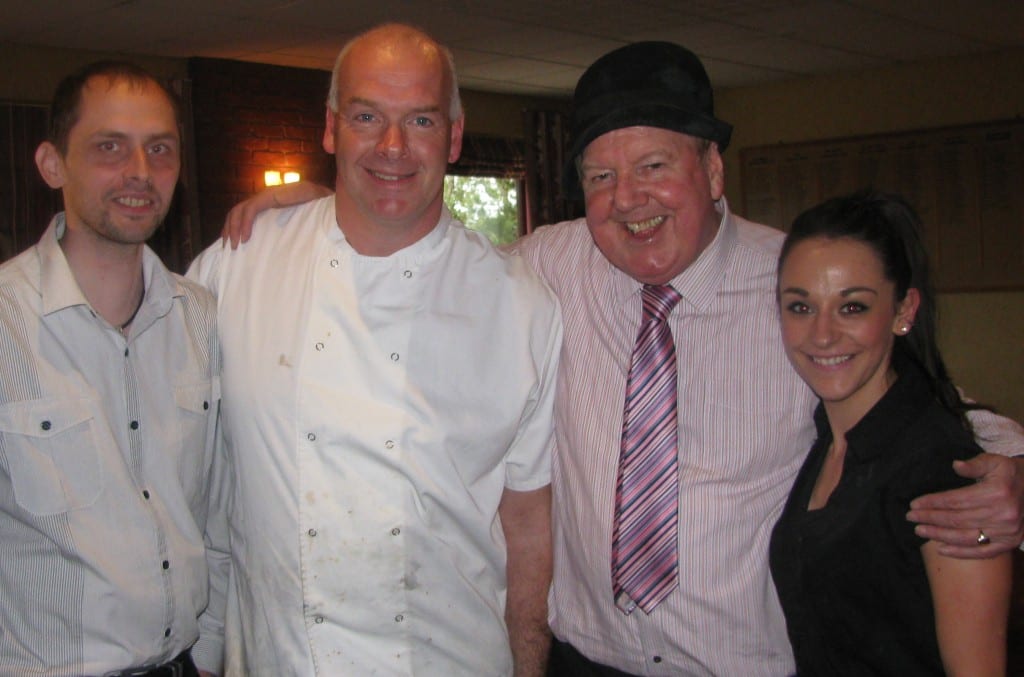 Jimmy Cricket finally got to perform at Frodsham Golf Club a couple of months later than scheduled.

The well-known Irish entertainer was originally due to be at the Cheshire venue at the end of March.

However, the club at that time was covered in several inches of snow and, as a result, Jimmy was asked if his show could be moved to the warmer climes of early summer and he duly obliged.

Among the people Jimmy met during his visit was Graham the chef and the famous comedian said: “He made a mean club sandwich during my visit!”