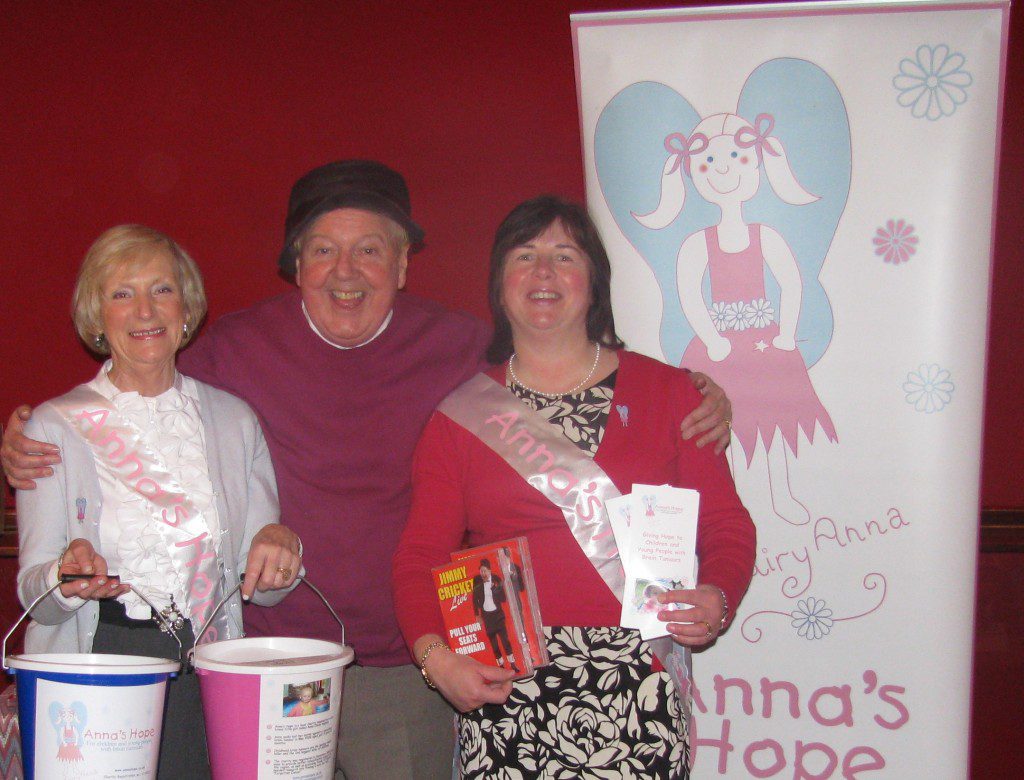 Jimmy with Carole Hughes, mother of Anna who tragically died from a brain tumour aged just three, and Eileen

Irish comedian Jimmy Cricket has helped to raise money for a charity formed in memory of a little girl who died from a brain tumour.

He was appearing at the Corn Exchange Theatre in Stamford, Lincolnshire, over half-term week and part of the revenue from the show went to a local charity called Anna’s Hope.

The leading children’s brain tumour charity in the east of England, Anna’s Hope is dedicated to giving hope to children and young people diagnosed with a brain tumour.

It was inspired by Anna Olivia Hughes, who tragically died from a brain tumour aged only three years and eight months, and was set up by Anna’s parents, Rob and Carole Hughes, and her five godparents in October 2006.

Jimmy said: “I would like to thank the Corn Exchange manager Judith Mackie who put in a lot of hard work to make my visit happen. It was also her idea to raise funds for this very worthy cause.”