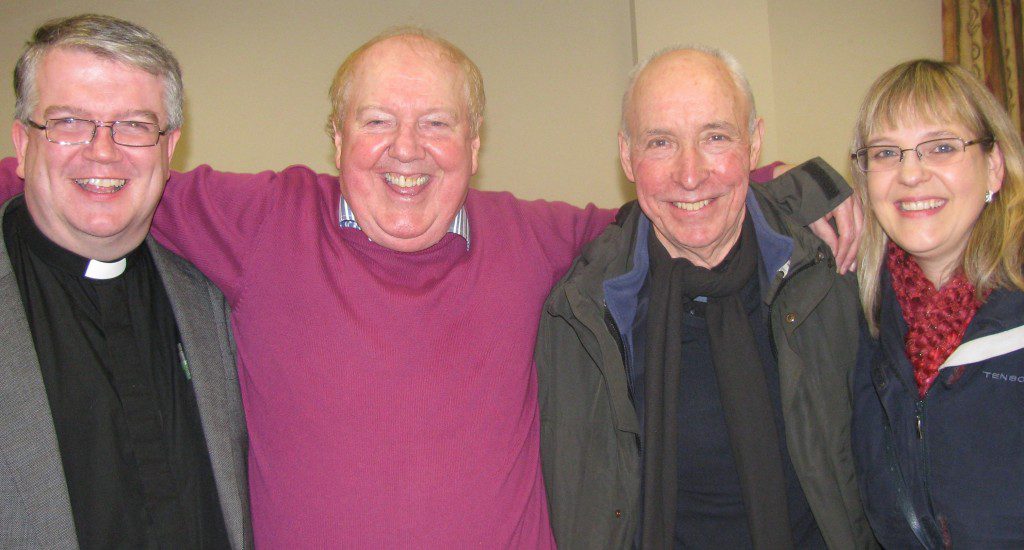 Jimmy with the Rev Tim Hopkins, Frankie – who supervised the event's box office – and his wife, Maggie

The popular comedian was pleased to be reminded of two books which he released in the 1980s containing volumes of his famous “Letters from his Mammy”. 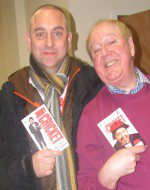 He was appearing in a fund-raiser which was the first event of this year’s annual tour of Manchester Catholic parishes where Jimmy performs in aid of the Francis House Children’s Hospice.

The event raised £1,500 for Francis House on the night.

Francis House Children’s Hospice, which is based at Didsbury in Manchester, cares for children and young adults with life-threatening conditions.

It also provides a home from home where families can receive professional care, support and friendship.

Care is given free of charge, regardless of faith or cultural background.

Francis House is open to all families who have children under 16 years of age on referral diagnosed as having a life-threatening or life-limiting condition. 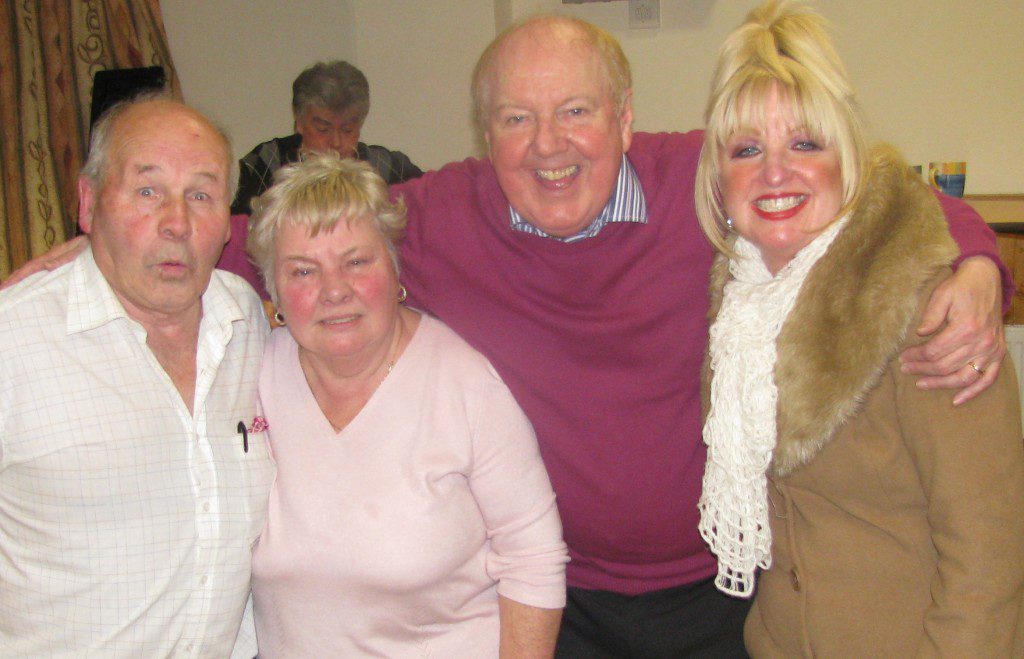 Jimmy and wife May with Pauline (who made the teas and coffees) and Pat, both committee members who helped organise the evening

Lasagne with the Coleman family