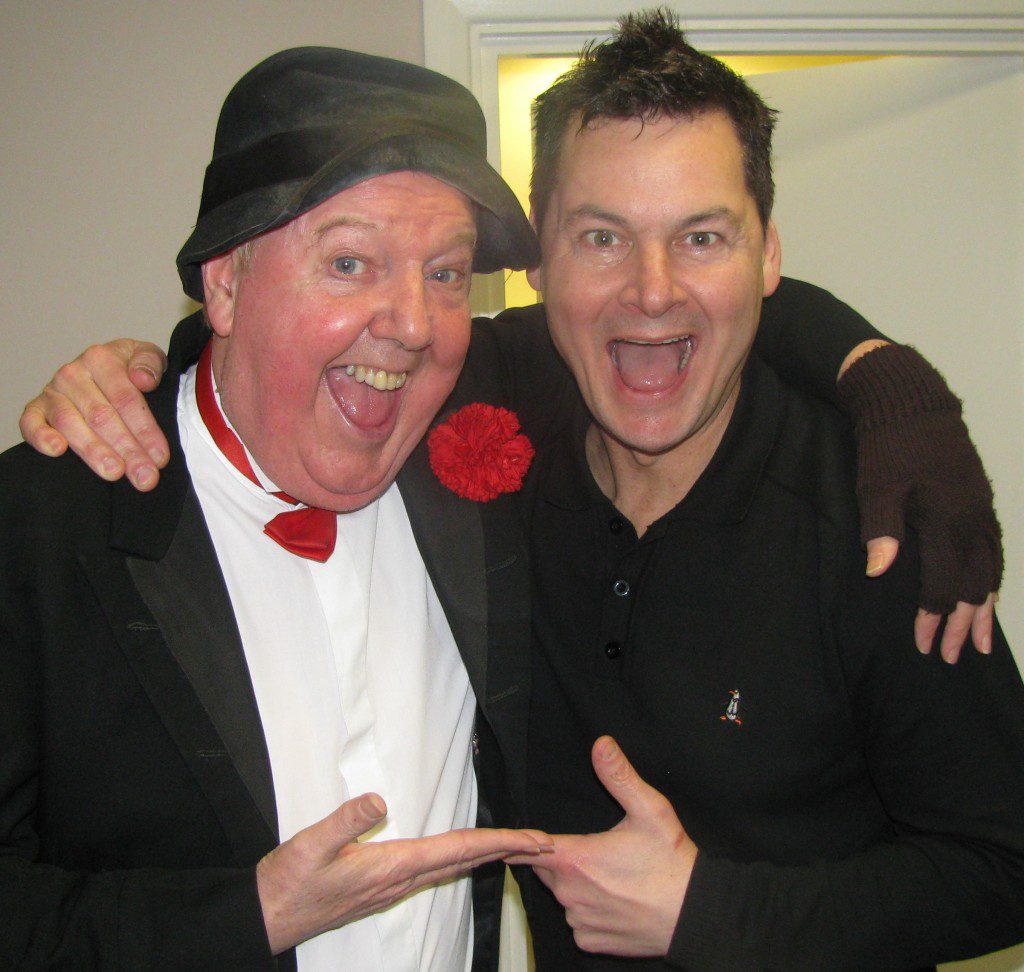 Jimmy Cricket appeared with fellow comedians at a show to raise money for wounded members of the Armed Forces.

The Comedy for Heroes show, which took place at the Waterside Arts Centre in Sale, Greater Manchester, on Saturday 18 February, was a fundraiser for Help for Heroes.

Comedian and TV presenter Jason Manford made an appearance at the end of the performance, while his brother Colin was compere for the night.

The organisers said afterwards: “We would like to thank our audience for joining us for Comedy for Heroes.

“We had an amazing night. All the comics were brilliant and we had loads of bids for the sports auction prizes. Our bucket was full of raffle tickets for our great prizes too.

“We were even visited by comic royalty in the shape of Jason Manford at the end of the gig!”

Help for Heroes was founded by Bryn and Emma Parry in October 2007 out of a wish to help the wounded servicemen and women returning from Afghanistan and Iraq.

* A video slideshow of Jimmy with several of his fellow comedians involved in this event can be viewed on the front page of this website and at the Welliebootuk channel on YouTube.