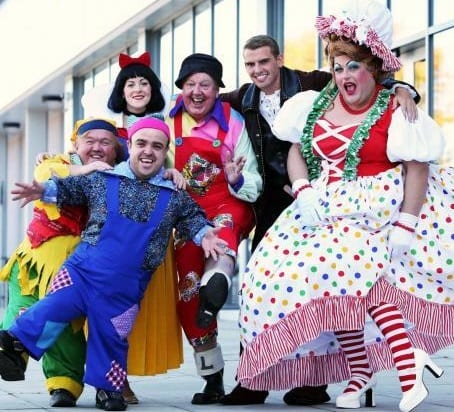 Some cast members of Snow White and the Seven Dwarfs from 7 December to 5 January at the Forum Theatre in Billingham. Photo credit: Northern Echo

Jimmy Cricket teamed up with some of his fellow cast members at a press launch for the forthcoming festive season pantomime he is headlining.

The Northern Irish entertainer will play the comedy role of Muddles in that old favourite, Snow White and the seven dwarfs, at the Forum Theatre in Billingham near Middlesbrough from 7 December to 5 January.

Alongside Jimmy in the picture above are a couple of the cast who will be playing two of the dwarves, plus Craig Ansell (who will be Sarah the Cook), local girl Victoria Holtom (Snow White), and Emmerdale‘s Kurtis Stacey (he plays Alex Moss in the soap) who will feature in the role of the Wicked Henchman.

The panto will be produced by the hugely experience Duggie Chapman, who has been in charge of the Forum Theatre’s panto for the last 15 or so years. 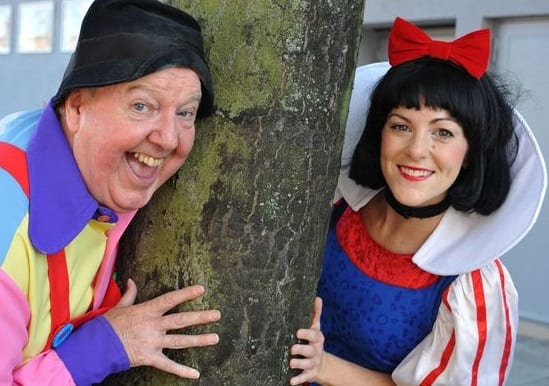