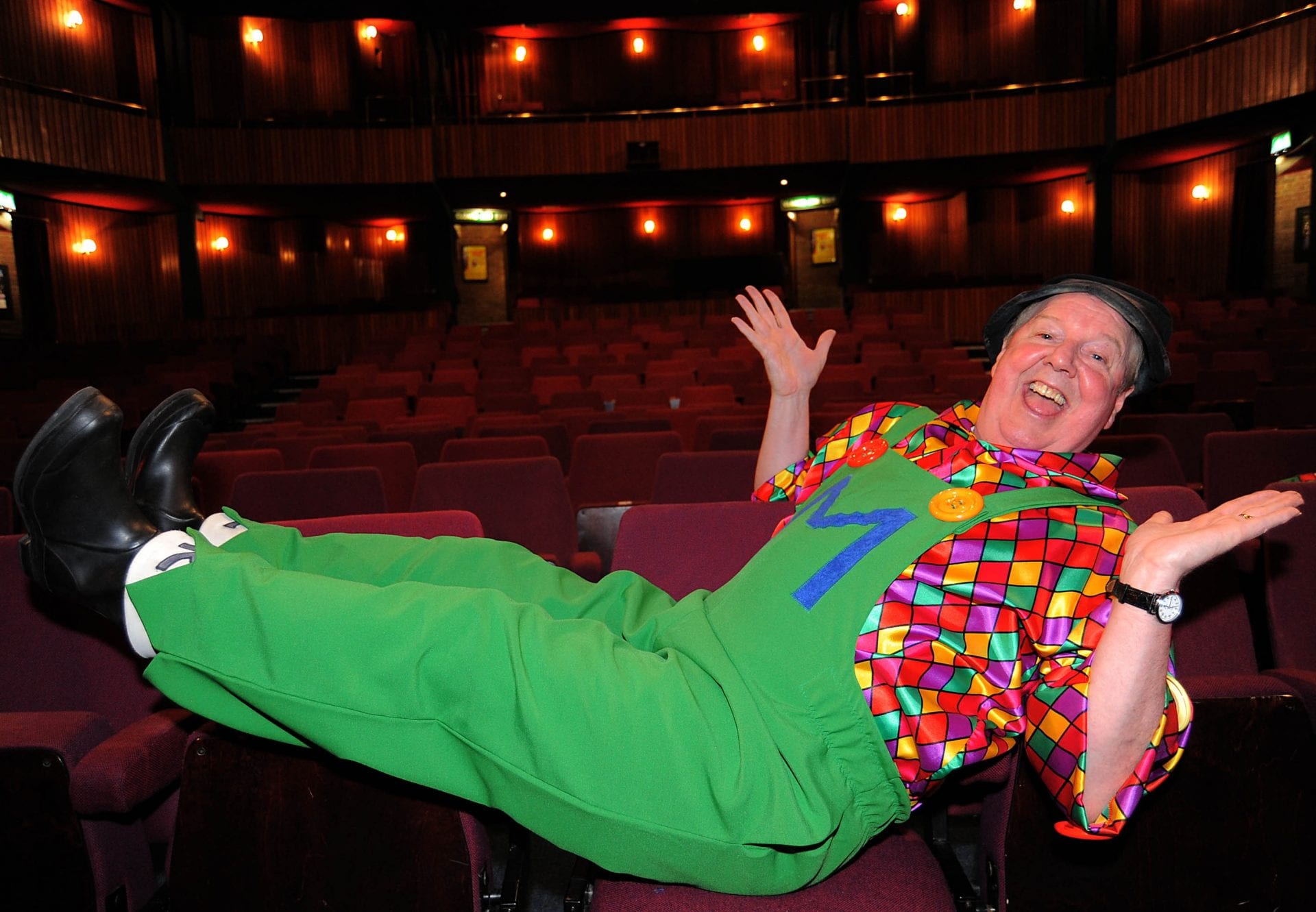 Jimmy Cricket will be headlining the 2013 Christmas panto at the Forum Theatre in Billingham, just outside the city of Middlesbrough.

The Irish entertainer will be playing the role of Muddles in a version of Snow White and the seven Dwarves.

The panto will be produced by the hugely experience Duggie Chapman, who has been in charge of the Forum theatre’s panto for the last 15 or so years.

Jimmy posed for the photos on this page last month at a mini press launch which attracted significant interest from the local media. The full launch of the theatre’s Christmas season is not scheduled until the autumn.

He said: “I’m excited about visiting the North East again at Christmas time. I have featured in pantos in the region before and each time I have received a very warm reception.

“I am also thrilled to be teaming up with Duggie Chapman again, as previously we worked together on Christmas shows at Southport and Ashton-under-Lyne.

“These pantos were hugely successful, both creatively and on the number of people who came along to see the shows.”