Jimmy Cricket celebrated his 70th birthday by having a big bash in Manchester.

The party was held at the Frog and Bucket comedy club, a venue that has become synonymous for comedy in Manchester city centre.

The venue was packed with more than 200 guests who were there to help the famous comedian celebrate the special occasion in style.

Among those present were Jimmy’s peers from the world of entertainment, plus friends and some family members who had flown in from Belfast where he was born.

The evening’s speeches were started by Jimmy’s children – Frank and Katie – and they introduced his long-time friend Fergus Woods, who regaled the audience with stories from the entertainer’s childhood. 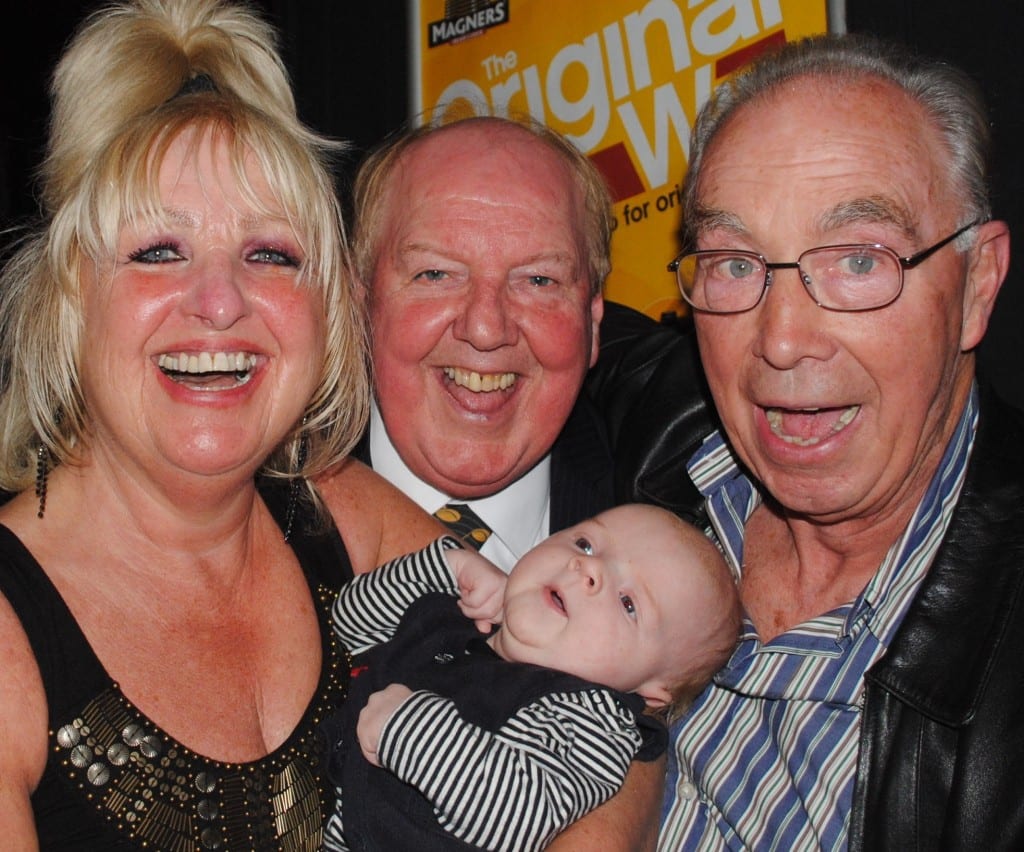 Next up was friend and show producer Chas Elliot, who told tales of the time he and Jimmy were both Redcoats at Butlins in Clacton-on-Sea.

This was followed by a few warm words and jokes from Jimmy’s nephew, Paul, and then fellow Papal Knight and comedian Don Maclean entertained the audience with some superb stand-up comedy.

The speeches part of the night was capped off by recorded messages beamed on to a large screen from comedians Tim Vine and Ken Dodd.

The photos were supplied by Gerry Molumby and Olivia Ottley.

Click on either of the arrow-shaped play buttons above to watch the slideshow of Jimmy’s birthday party.