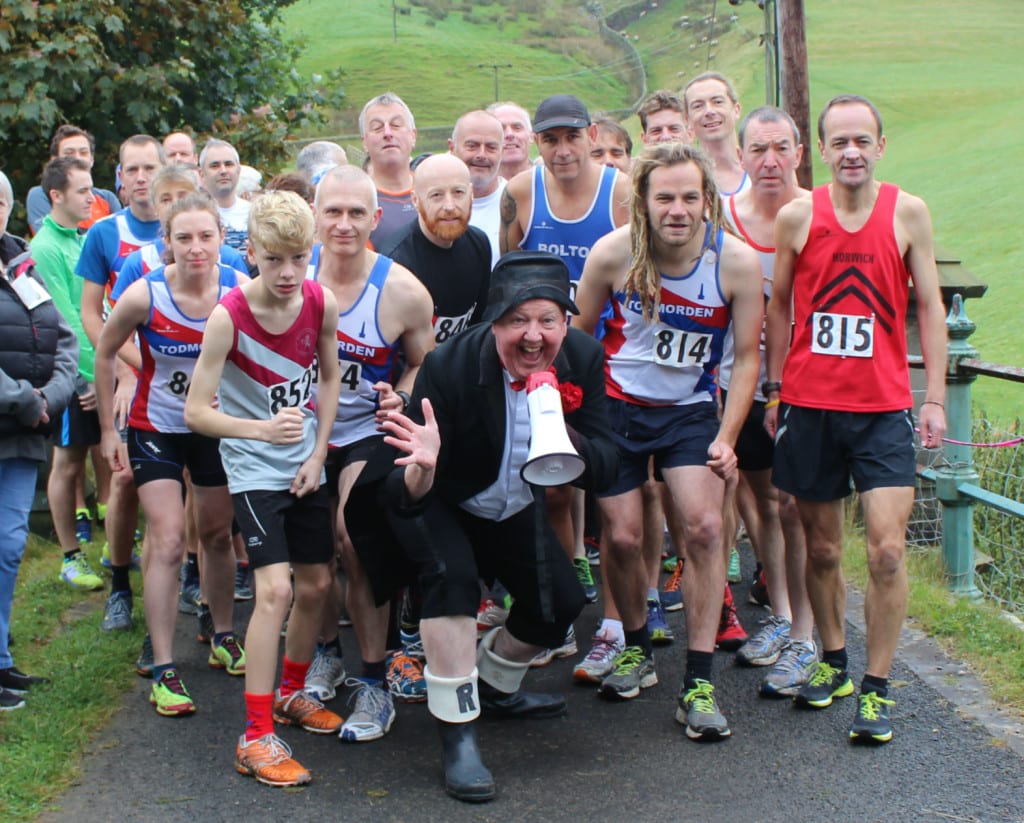 They tackled two laps of the picturesque Cowm Reservoir in Whitworth, Lancashire, on Sunday.

The event was in aid of Francis House Children’s Hospice, which is based in south Manchester.

Legendary Irish comedian Jimmy, a long-standing supporter of the hospice, had originally been approached by Rochdale-based fundraiser Andy O’Sullivan about the prospect of a birthday race.

Andy has organised hundreds of charity runs with Rochdale Harriers athletics club over many years.

He said: “I bumped into Jimmy in Healey Dell last year and we got chatting about what he was up to. When he mentioned that his 70th was coming up, I thought why not mark it with a specially arranged birthday race?

“It has been a wonderful community event and adding a junior race meant we attracted all ages. Whole families took part – mums, dads and their kids.”

After gathering at the Cock and Magpie pub in Whitworth, Jimmy and the runners – some from afar afield as Shropshire – made their way to the start line where he warmed up the crowd accompanied by music from Roch Valley Radio.

Runner John Hughes travelled from Blackburn to compete, as well as meet his comedy hero (both are pictured below right). 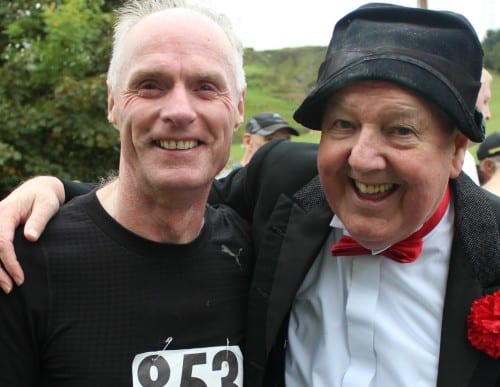 Originally from Jimmy’s home town of Cookstown in Northern Ireland, John said: “I’ve been a fan of Jimmy’s for years having watched him on the telly. I was here bright and early for the race and it was great to meet up with a fellow townsman.”

Local resident Jo Davies was determined to take part after she had been warned by her doctor that her health was at risk if she did not lose weight.

Only four months ago she was struggling to jog 100 yards.

Spurred on by family and friends and fighting off a chest infection, Jo and friend Sam Young completed the run in 39 minutes.

Jo, who started exercising and eating more healthily in April, has lost 32lb in total.

She said: “I felt really proud when I crossed the finish line and for such an amazing cause. I really enjoyed the experience and the support was overwhelming. The training definitely helped and gave me the ability to pace myself. It felt amazing to complete the race.”

Through sponsorship from family and friends, she raised £1,000.

Jimmy said: “I was honoured the race was organised for my 70th birthday. It’s been a wonderful day and a great way to celebrate with the community and my many Rochdale friends. I am thrilled the event has raised funds for such a worthy cause as Francis House.”

Members of the Rossendale 2nd Scout Band provided music at the event.

Karen Flower from Francis House said: “We’d like to thank Jimmy Cricket, Andy and everyone who helped make the race such a success.

“The atmosphere was fantastic and every single runner gave it their best. Particular thanks to Jo and her family and friends who also took part and raised such an incredible amount for the hospice.”

With race entry fees and proceeds from a raffle, a grand total of £1,425 was raised. 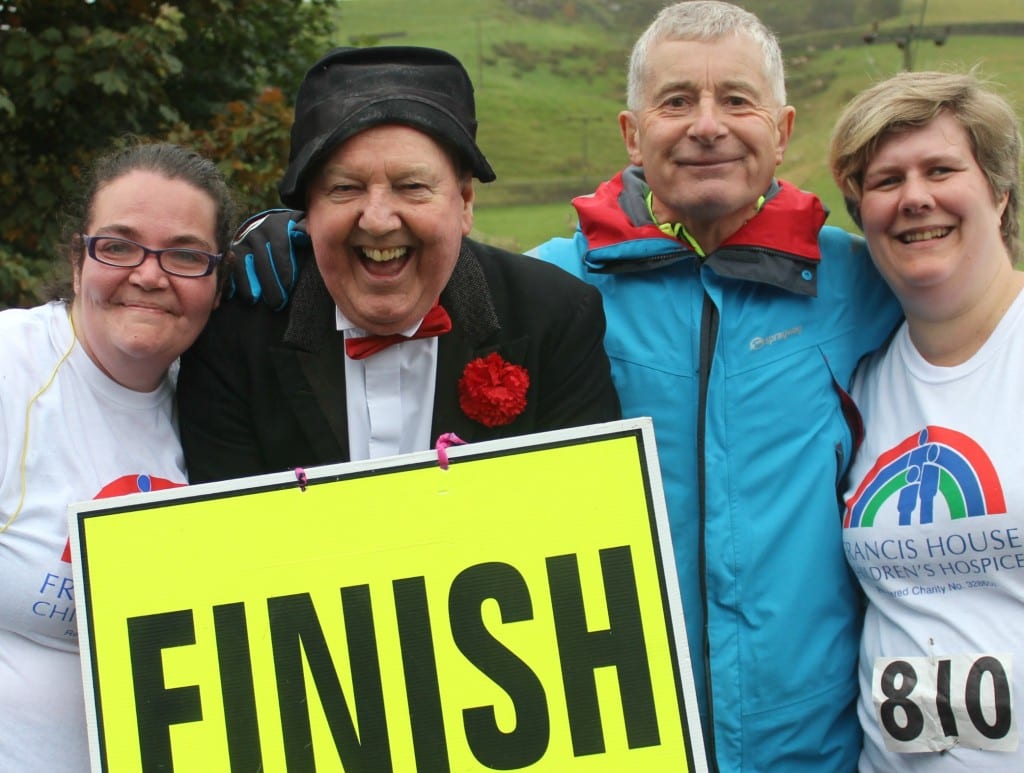