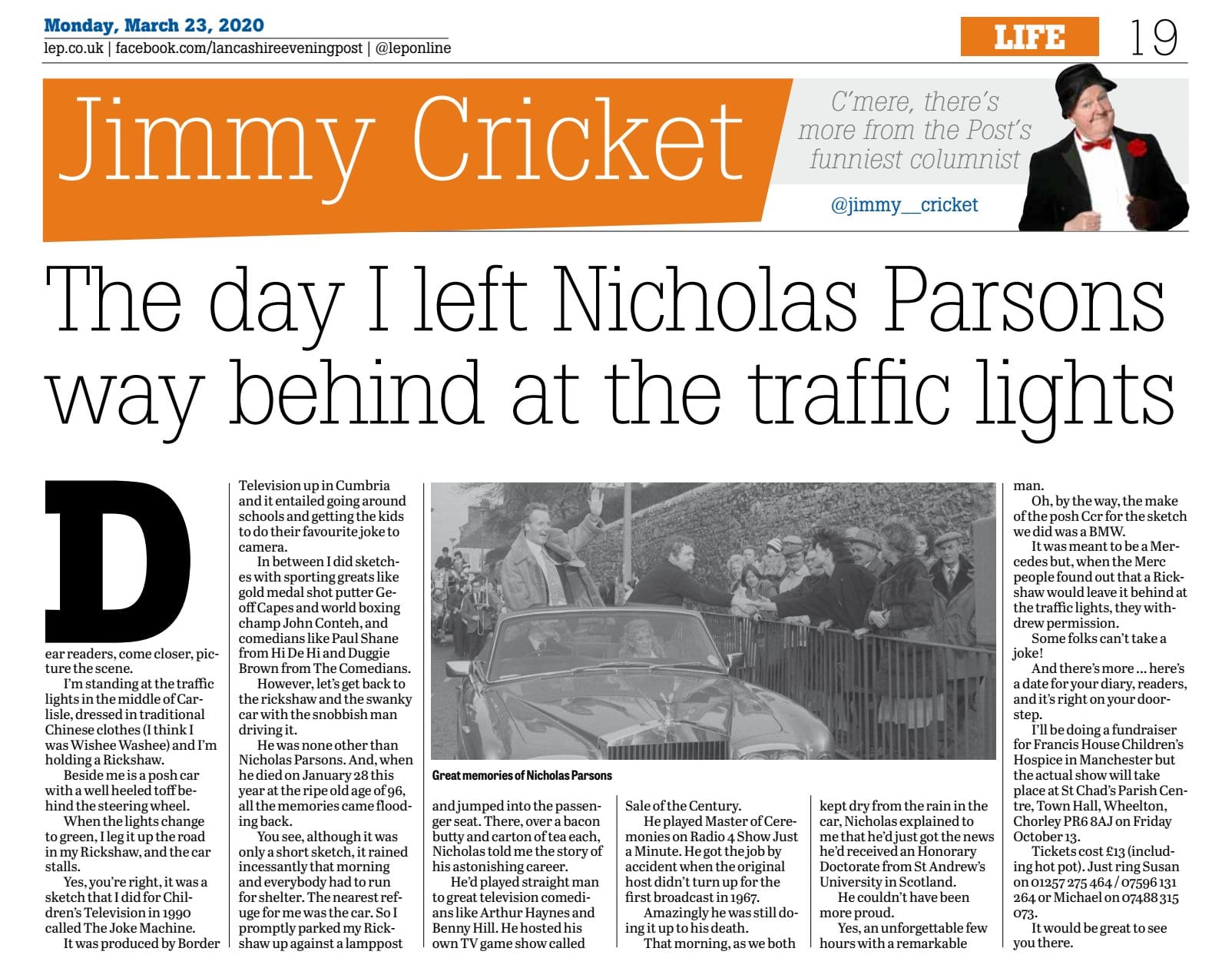 The late Nicholas Parsons is the subject of Jimmy Cricket’s latest newspaper column.

Actor, presenter and broadcaster Parsons died in January at the age of 96 after a short illness.

Comedian Jimmy worked with him on The Joke Machine, a children’s sketch series which aired as part of CITV in the UK.

In his Lancashire Post column for March, Jimmy recalls one of the sketches involving Parsons and paid tribute to him.

He recalls: “Although it was only a short sketch, it rained incessantly that morning and everybody had to run for shelter.

“The nearest refuge for me was the car. So I promptly parked my Rickshaw up against a lamppost and jumped into the passenger seat.

“There, over a bacon butty and carton of tea each, Nicholas told me the story of his astonishing career.”

Jimmy says it was “an unforgettable few hours with a remarkable man”.

Parsons also appeared on the Benny Hill Show for several years and fronted ITV’s popular Sale of the Century.

His other TV appearances included Have I Got News For You, while he played master of ceremonies on Radio 4 show Just a Minute.

Also read: Nicholas Parsons: A great career and will be sadly missed

Below is how the BBC broke the news of Nicholas Parsons’ death. 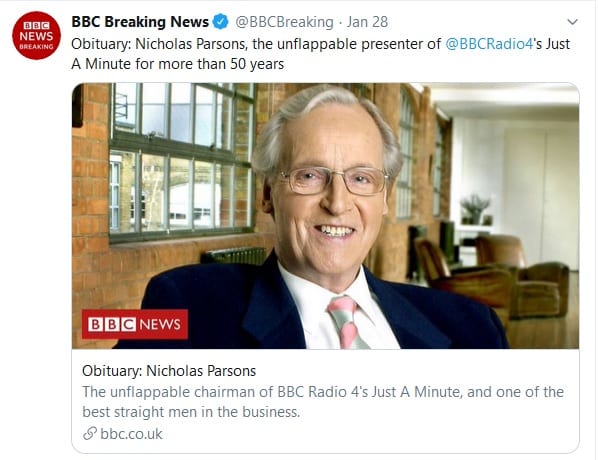