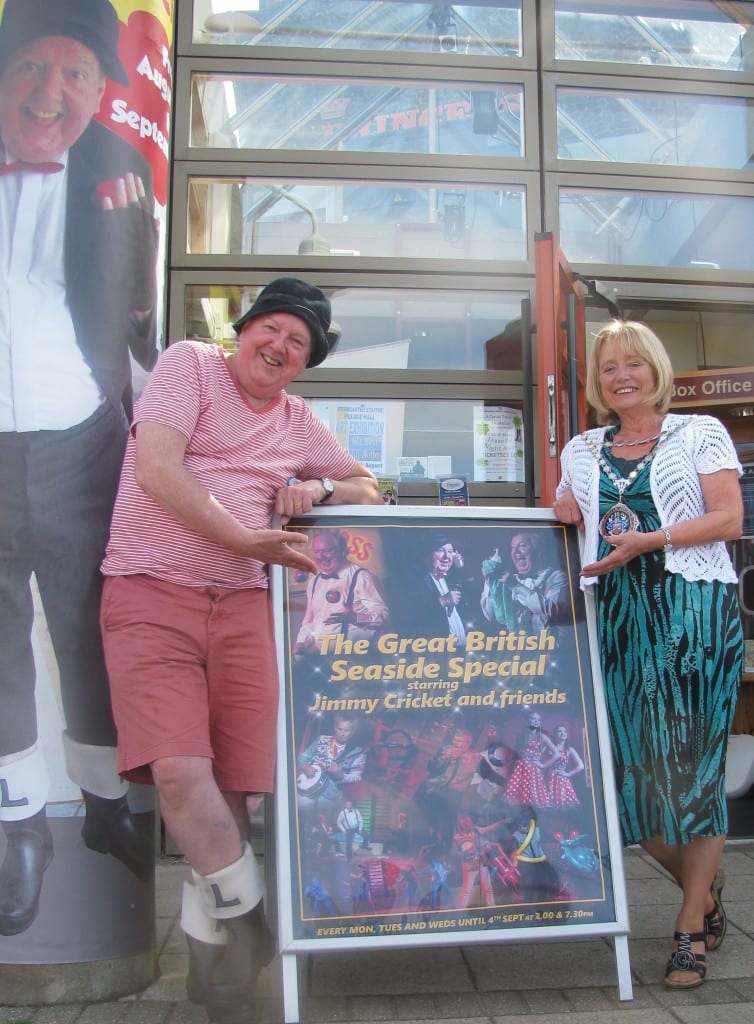 The Mayor of Hunstanton liked the summer variety show starring famous entertainer Jimmy Cricket so much she went to watch it twice!

Cllr Elaine Clutton is pictured with the Irish comedian above outside the main entrance to the Norfolk town’s Princess Theatre which has hosted Jimmy’s summer show throughout the month of August.

Jimmy said: “I recently learnt that the mayor had not only come to see the show, but she liked it so much she came for a second time a couple of weeks later!

“I was thrilled to hear this as the mayor was not just showing great support for the summer show, but also for the theatre as an important local attraction for this Norfolk seaside resort.”

The show, which is called the Great British Seaside Special, opened on 5 August and finishes on Wednesday.

It has been produced by theatre manager Brian Hallard, who was instrumental in the reopening of the theatre last year.

You Must Be Joking

‘A night of hearty laughter’