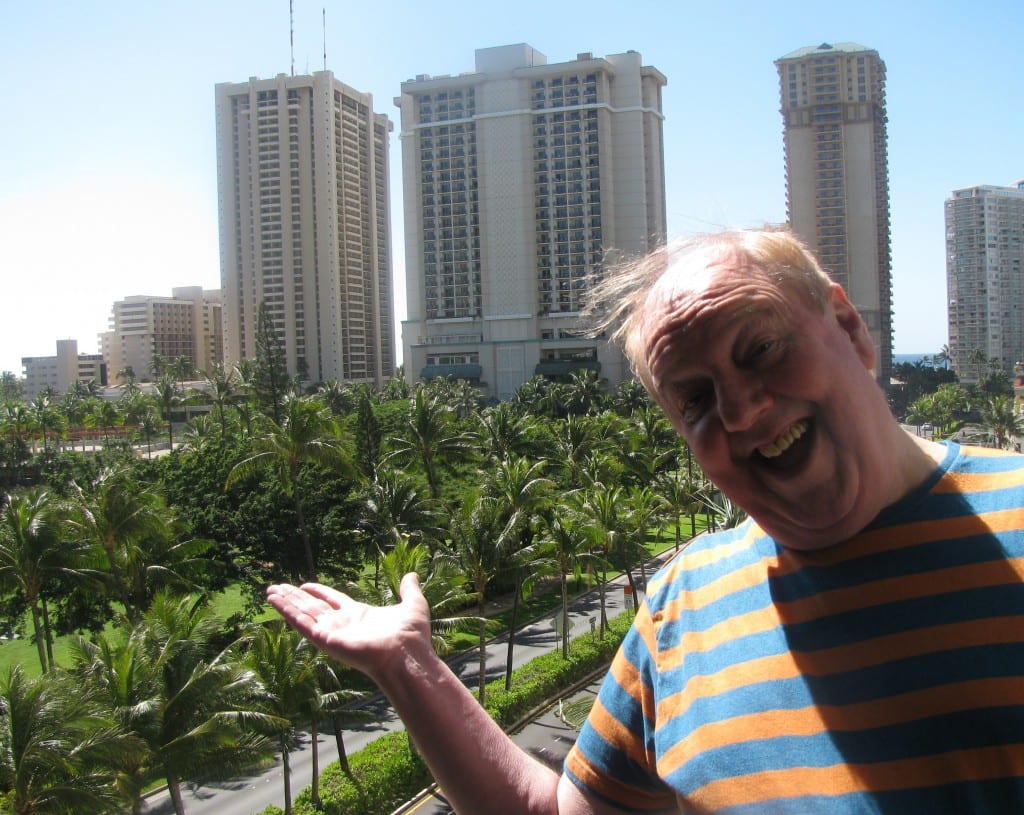 Jimmy Cricket on the balcony of his hotel in Waikiki

Jimmy Cricket had a great time on his recent trip around the Pacific Ocean – and here are the photos to prove it!

The Irish entertainer appeared on a leg of a world cruise aboard P&O’s Aurora cruiseliner, between Honolulu in Hawaii and Papeete in Tahiti.

Jimmy flew over to Honolulu and stayed overnight in the resort of Waikiki, before boarding the ship the next day.

Both he and wife May enjoyed their stay on the island of Hawaii and it was a relaxing time for both of them after quite a long journey over from Manchester, which included three flights and stopovers in Atlanta and Los Angeles.

He performed in two shows over the seven nights they spent on board, mainly while the ship was at sea.

After leaving the ship, they had an overnight stay on Tahiti, before doing two overnight flights in order to get back to the UK.

And after arriving back in their hometown of Rochdale, Jimmy only had one day off before appearing at a comedy festival at Porthill Park Cricket Club in Newcastle-under-Lyme.

Greetings from a native!

At the hotel reception