Irish comedian Jimmy Cricket and his wife May witnessed a traditional custom during their time aboard P&O’s Aurora cruiseliner.

They were on a leg of a world cruise between Honolulu in Hawaii and Papeete in Tahiti.

The ritual shown in the photo above involves the captain and the crew of the ship asking for King Neptune’s permission as the ship crosses the Equator.

Equator-crossing ceremonies, usually featuring King Neptune, are sometimes carried out for passengers’ entertainment on civilian ocean liners and cruise ships. They are also performed in the merchant navy and aboard sail training ships.

In the bottom picture, Jimmy is pictured alongside his dining companions which was an eclectic mix! Next to Jimmy’s wife, May, and on the far side are Emile and Gloria from Canada. Next to Jimmy are Peter and Sue from near Wolverhampton.

Jimmy and May flew over to Honolulu and stayed overnight in the resort of Waikiki, before boarding the ship the next day.

He performed in two shows over the seven nights they spent on board, mainly while the ship was at sea. After leaving the ship, they had an overnight stay on Tahiti, before doing two overnight flights in order to get back to the UK.

And after arriving back in their hometown of Rochdale, Jimmy only had one day off before appearing at a comedy festival at Porthill Park Cricket Club in Newcastle-under-Lyme. 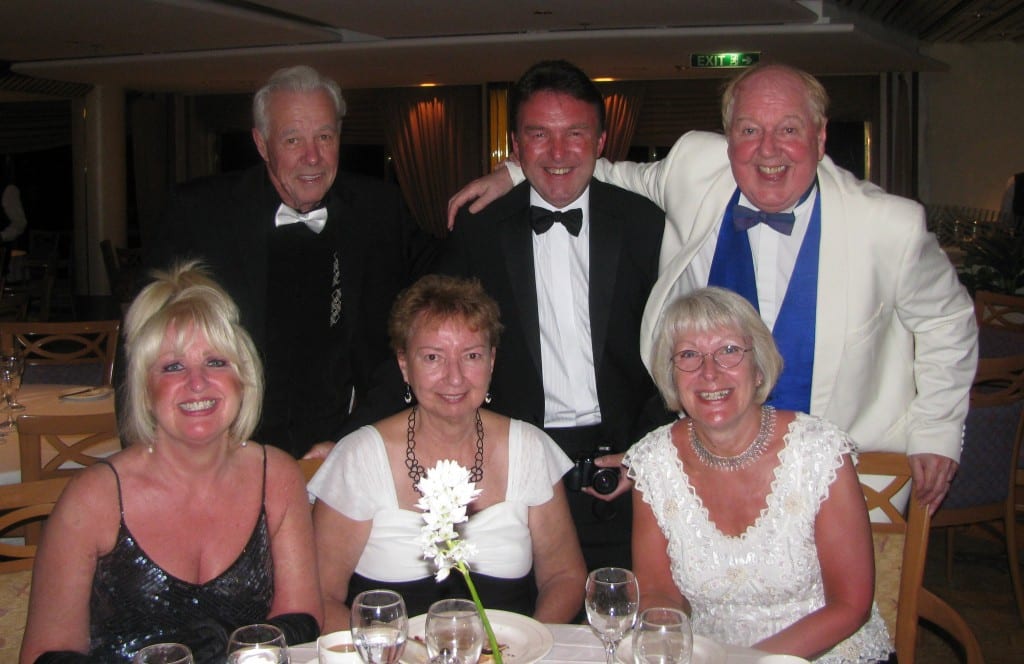 What a wonderful atmosphere at the Cast Theatre in Doncaster for entrepreneur/singer Mark Andrews alongside the fabulous escapologist/magician/platespinnercircusartiste @VanBurenOrg and Allyson, Cilla tribute act, Victoria Jones and my thanks to musicians Frannie and Mike 🎭 pic.twitter.com/B9th4UAznc

@TMCP68 Thanks Terance much appreciated my friend x

Can I say a huge, “Thank You”, to everyone who took the time today to wish me, “Happy Birthday”, it was very much appreciated! xx pic.twitter.com/iF9dk0OJN6