Famous comedian Jimmy Cricket has been pictured sleeping on a park bench as part of a campaign to raise awareness about homelessness.

The Rochdale-based funnyman wanted to support the local ‘Chill-Out’ campaign in the town.

The Chill-out group has been concerned about cuts by the Labour-led council which would have see emergency bed provision for the homeless cut from about 500 beds to around 160 and plan their own mass ‘sleep-out’ at Rochdale Town Hall.

Those cuts would also see the introduction of a ‘Dial-a-Bed’ policy for those seeking emergency accommodation.

The Chill-Out group is apolitical but has attracted support from politicians of all parties, including Labour, plus others including concerned members of the public and medical staff. 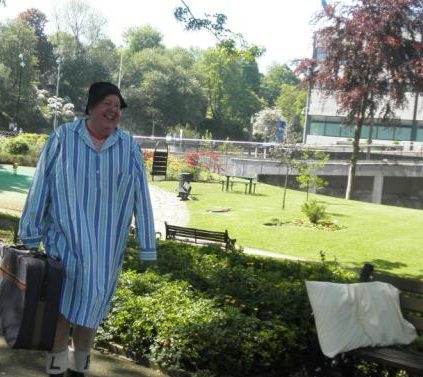 Its protest was set for Tuesday 29 May to coincide with Rochdale Council’s cabinet meeting with the intention to raise the profile of the issue through peaceful action. Supporters of the campaign were due to meet outside the Town Hall and sleep overnight in tents to highlight the plight of the homeless.

Jimmy read an article in the local Rochdale Observer and thought the ‘sleep-out’ was a great idea.

Unfortunately, it clashes with his summer season at Eastbourne, but he still wanted to show his support so he decided to get a photo of himself sleeping on a park bench in the middle of Rochdale Town Centre!

The night before these photos were taken, Rochdale Council made a number of concessions in relationto its homeless policy in response to the ‘Chill-Out’ campaign. 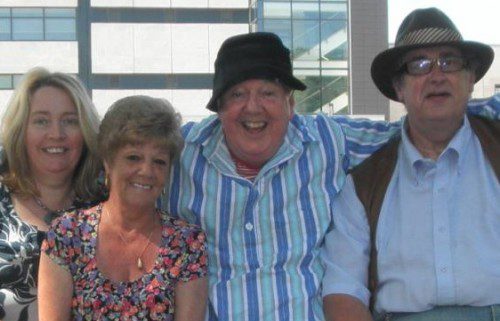 Jimmy with the two leaders of the Chill-Out campaign - Peter Hinchcliffe and Shirley Kennedy - alongside group member and former Rochdale Cllr, Jean Ashworth