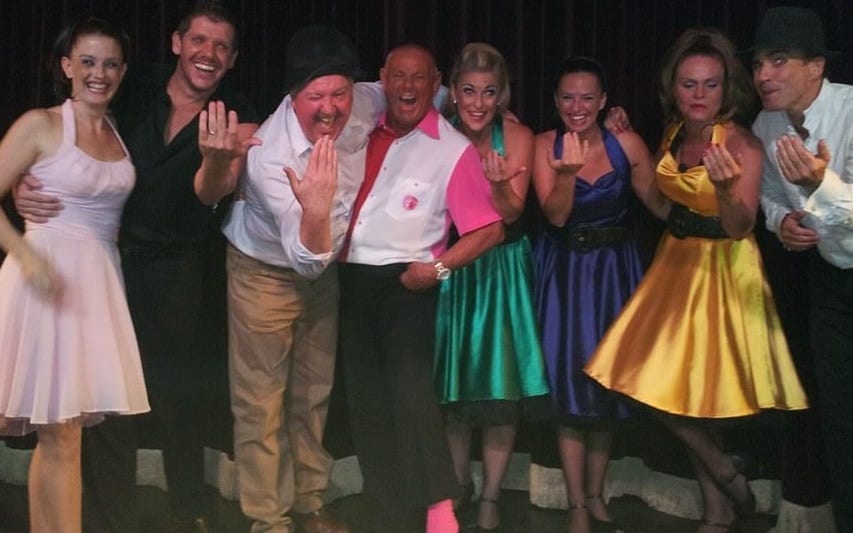 Famous entertainer Jimmy Cricket met the Showtime team and caught up with some old neighbours when he performed recently on the Spanish island of Tenerife.

The Belfast-born and Rochdale-based comedian appeared at the Karting Las Americas club and then did a warm-up act a few days later for the Showtime Tenerife team. Chris Elkington, who was the promoter of Jimmy’s first show, is also the Showtime producer.

Jimmy said: “Chris is quite the entrepreneur on the island as he also runs an English radio station called Oasis FM and produces an English-speaking newspaper called Canarian Weekly.

“I really enjoyed the Showtime Tenerife show, which had a great array of talented singers and dancers who performed a number of songs from the shows.”

He added: “This was a great visit to the island for me, as, apart from the warm climate, I was well received when I appeared at the Showtime venue with the audience giving me a standing ovation!

“Thanks to the comedian Steve Salter for performing a great warm-up spot for me. [Steve also provided the photo above of Jimmy with the Showtime team].

“I was also thrilled to be able to catch up with some old neighbours of mine from Rochdale who were holidaying in Tenerife at the same time, and I invited Diane and David Ireland and their family to have some tea with me.

“All in all, a successful trip the Canary Islands!”

How Jimmy celebrated his birthday