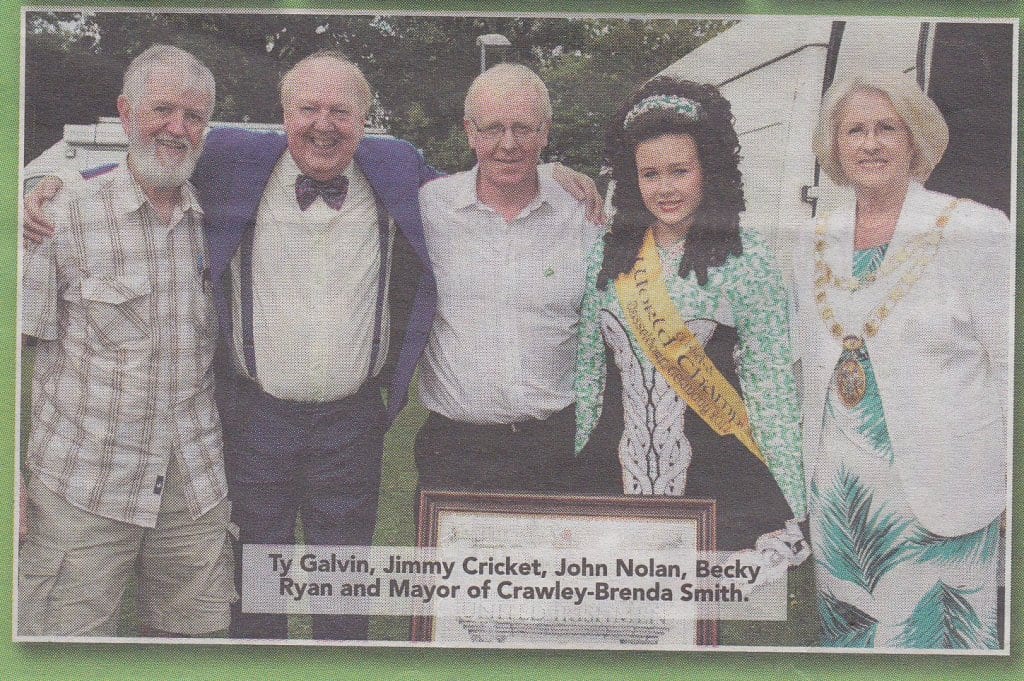 The Northern Irish entertainer figured in several of the photographs in both the Irish Post and the Irish World. 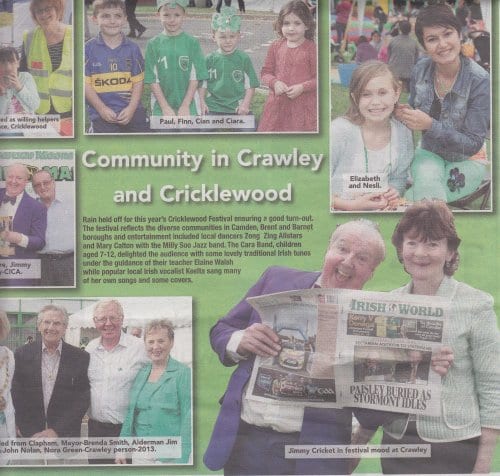 Jimmy performed on the outside stage and also in the theatre’s foyer at the festival, which was organised by local Crawley resident John Nolan and took place in and around the English town’s main Theatre called The Hawth.

He was asked to participate at the event by his friend Gerry Molumby, who hosted the entertainment that was presented on the outside stage at the festival.

The photographs seen here appeared in the Irish Post on 4 October (below) and the 27 September edition of the Irish World. 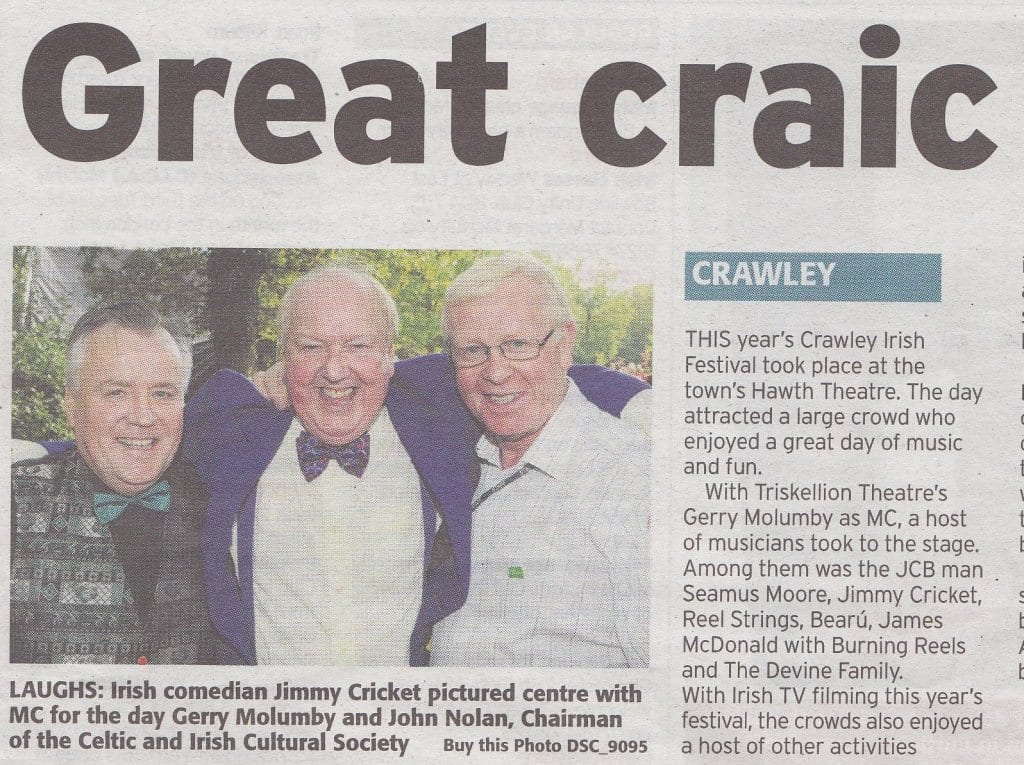 ****STOP PRESS**** AFTER JIMMY’S SUCCESSFUL VISIT TO THIS YEAR’S CRAWLEY IRISH FESTIVAL, HE WILL RETURN TO THE REGION AGAIN IN NEARBY HORSHAM WHEN HE APPEARS AT THE CAPITOL THEATRE ON SUNDAY 21ST JUNE 2015 @ 3PM.