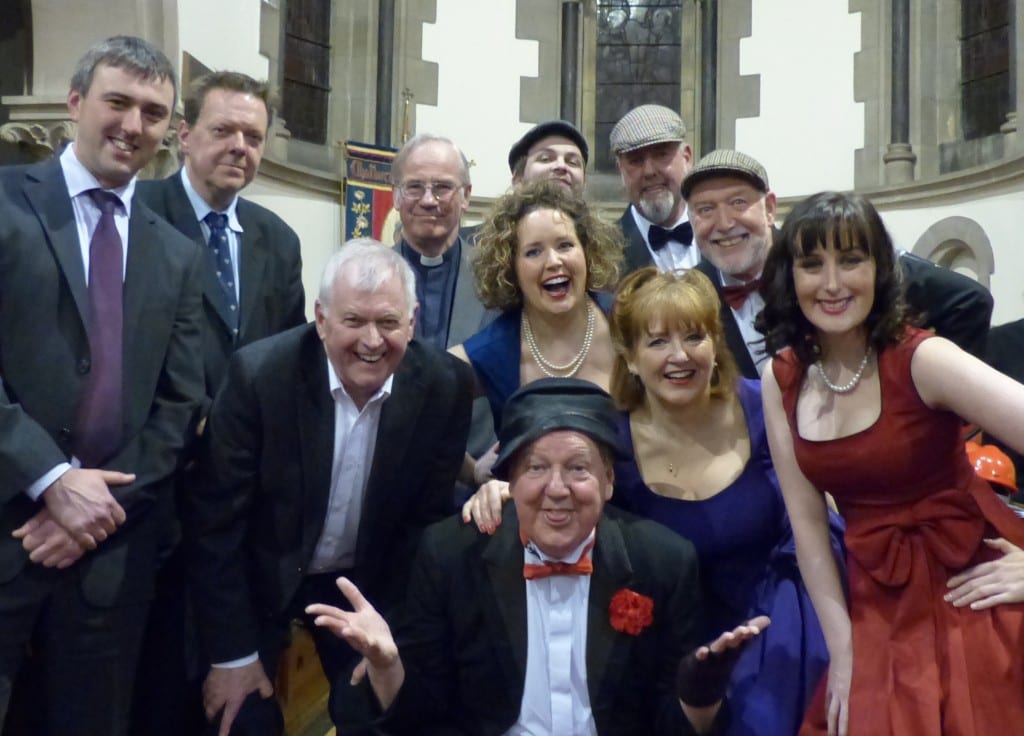 Jimmy Cricket sent “everyone home with a smile on their face” and helped to generate more than £1,000 towards a church development fund recently.

The famous Northern Irish entertainer appeared at a fundraising concert at Christchurch C of E Church in Chatburn, Lancashire.

He was the host and headline performer for the concert which also featured a musical tribute to the Andrews sisters – known as the ‘Sparkle Sisters’ – and an all-male musical act called the ‘Flat Cap Pack’.

Completing the line-up were two musical ensembles comprising of talented students from nearby Stonyhurst College.

The event was organised to raise money for the Church Development Fund as the plan is to install new toilets within the church that are more accessible.

Organiser Clive Greenwood said: “Jimmy was just so terrific. Everyone went out with a smile on their face and a spring in their step, and there were quite a few aching ribs from his continuous hilarity.

“What a performance. He attracted a large audience and helped generate over £1,000 towards the Church Development Fund. Thank you.”