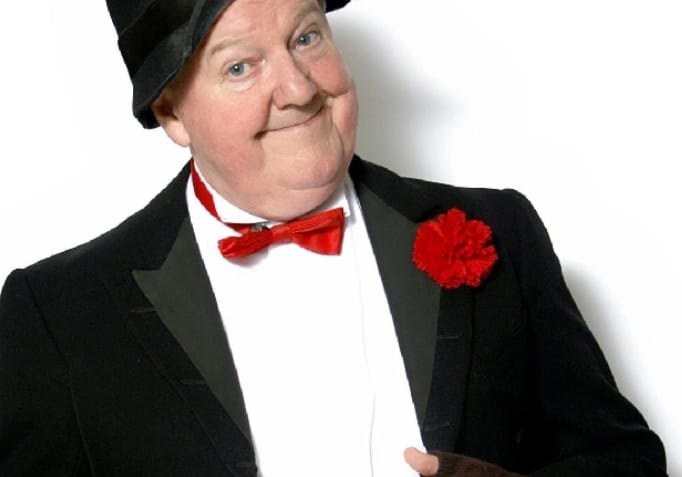 The June article in the Lancashire Post begins: “The other morning I was eating my breakfast and it was going, snap crackle and pop, which surprised me. It was a kipper.

Then for some reason football songs came into my head. You know the ones fans sing to cheer on their favourite team. I don’t mean the things they chant like, ‘What a load of rubbish’, or, “There’s only one ‘insert coach or manager’s name here.’

No I mean the songs they adopt from other sources. Take the jazz classic, When the Saints Go Marching In, Manchester United fans have changed it to, When The Reds Go Marching In. West Ham fans have hijacked an old Music Hall song called, I’m Forever Blowing Bubbles, and wait till you hear this:

My son, who is a catholic Priest, (he calls me dad and I call him father), was given a a treat a few weeks ago when one of the parishioners in Salford invited him to Liverpool’s ground Anfield, to watch them take on Leicester City.

He said when the home crowd broke into, You’ll Never Walk Alone, the emotion was palpable. When my other son Dale, took his family to Portugal recently they went to see Sporting Lisbon play and the home fans were singing My Way.

All this is leading up to a secret I want to share with you: Many moons ago when I first arrived in my adopted town Rochdale, the local football were languishing at the bottom of their division and I, like a lot of club comics at the time did jokes chronicling their ineptitude.

Things like, I rang Rochdale Football Club and asked them what time was the kick off this coming Saturday. The voice at the other end said, ‘What time can you make it?’, and there’s more. The steward saw two guys climbing the wall at Rochdale Football Club. He shouted, ‘Hey, you two get back in and watch the match!’

Then I had a change of heart and thought why don’t I do something more constructive and write a song to inspire them. So I did and the chorus went like this…”
Find out what the song was and read the full story here

Father’s Day: Why not buy my DVD as a gift?!