Jimmy Cricket caught up with showbiz friend, former Emmerdale star Frazer Hines, when he and wife May flew out to Tenerife recently.

The famous Northern Irish comedian performed at two sellout shows at the Skybar on the largest of Spain’s Canary Islands, off the coast of West Africa. 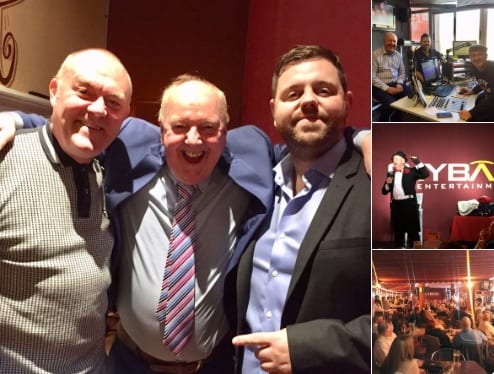 Jimmy posted the photo above on social media, saying: “My big thanks goes to @BazButcher and all the staff @SkybarTenerife alongside Didi the Compère and Justin @OasisFmTenerife for two sell out shows!” 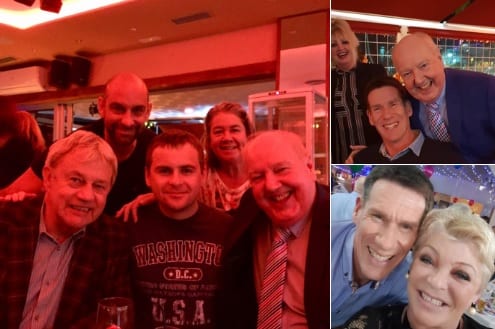 The all-round entertainer also posted the photo above and said: “Lovely catching up with showbiz friend @WhoFrazer and colleagues in the business, Matthew, John, and Jill, and meeting @Crissy_Rock and husband Julian along with some of their friends tonight @SkybarTenerife”

Frazer Hines (@WhoFrazer) is an English actor best known for his roles as Jamie McCrimmon in Doctor Who and Joe Sugden in Emmerdale. Hines appeared in 117 episodes of the original series of Doctor Who.