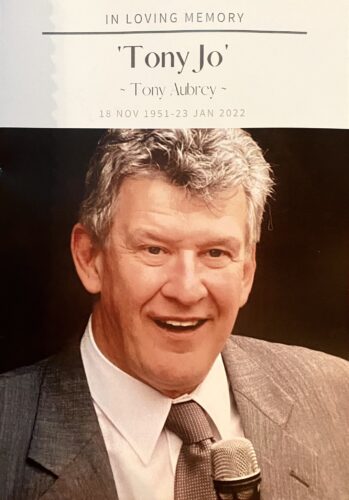 Tony, who joined the popular group in 1997, died in January following an 18-month battle with cancer.

“It was great to meet up with some old and some new colleagues in the world of showbusiness 🎭.”

The Grumbleweeds story began in Leeds in 1962, when the group was first formed by Robin Colvill.

They spent the next few years performing in clubs and pubs in their native Yorkshire and and also overseas, playing alongside bands like The Beatles and The Rolling Stones.

He was a winner of the After Dinner Speaker of The Year Award three times.

In addition, he wrote for shows including You’ve Been Framed and Stars in Their Eyes.

Read more about Tony on the Blackpool Gazette website here.

Also read: Frankie Whittle: A great friend for over half a century