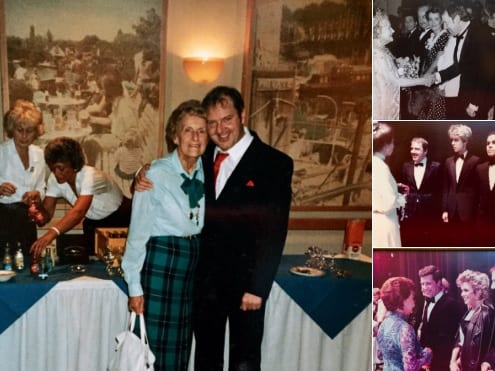 Jimmy Cricket has been reminiscing on social media with some photographs relating to theatrical agent Phyllis Rounce.

In addition to managing Jimmy, Phyllis also looked after the careers of other stars such as Rod Hull and Emu, and Tony Hancock.

Hull was a comedian, best known as a popular entertainer on British television in the 1970s and 1980s. He rarely appeared without Emu, a mute, highly aggressive arm-length puppet modelled on the Australian flightless emu bird.

Famous entertainer Jimmy posted the pictures above recently, adding: “Sharing some nostalgia here with my great friend and personal manager Phyllis Rounce who was with me when Variety was King on Television and out there with live performance!”

Speaking in his monthly column in the Lancashire Evening Post last summer, Jimmy said that Phyllis – known as Phil to her friends – was an “exceptional manager who went the extra mile for her artistes”.

He described her as “one of the all-time great theatrical agents in the world of showbusiness”.