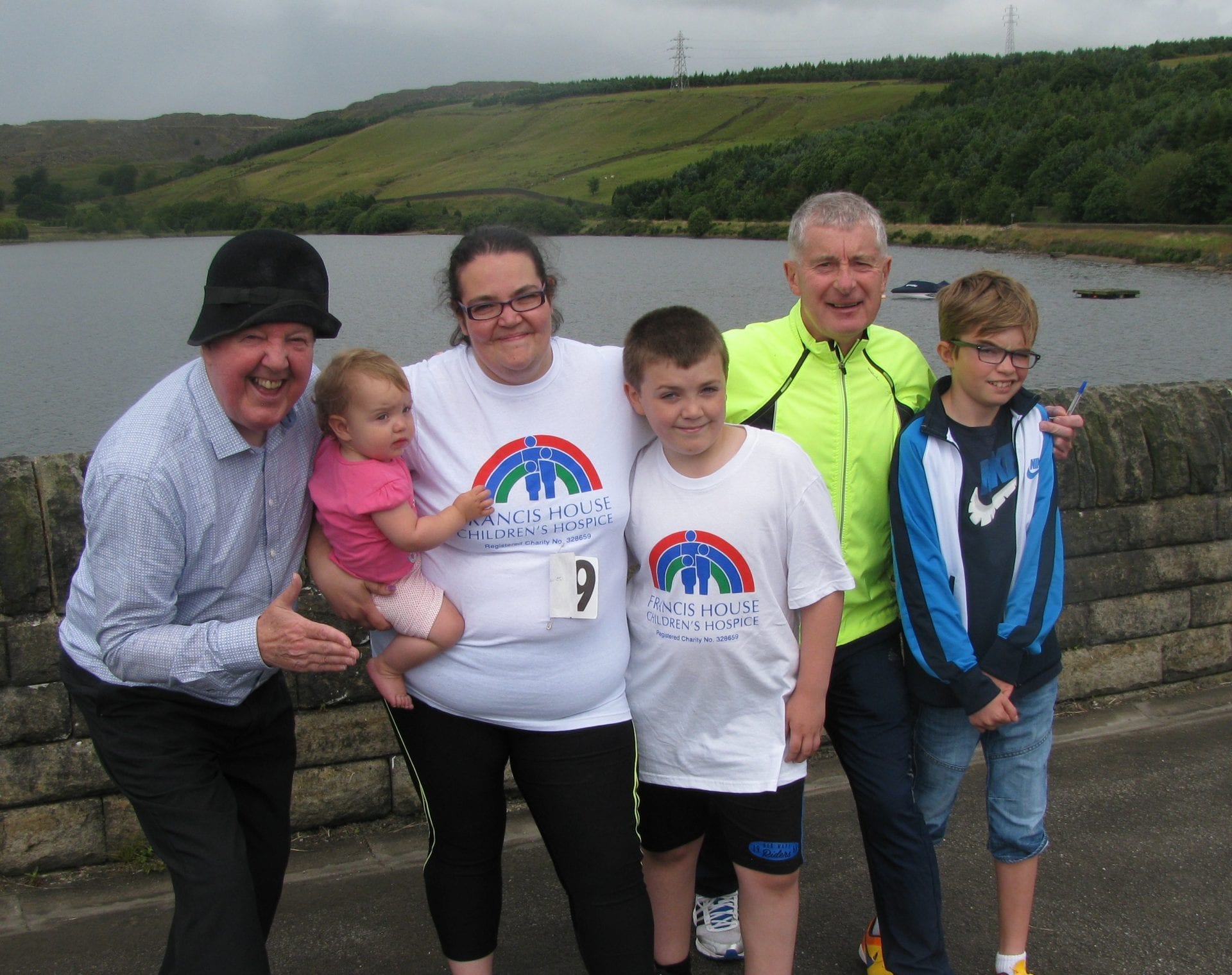 It won’t only be seasoned club runners who take to the starting line this autumn for the fun run being organised to mark famous funnyman Jimmy Cricket’s 70th birthday.

Some people – including Whitworth resident Jo Davies – will also be using the event on 18 October in a bid to get healthier.

Jo saw the run advertised in a local Rochdale magazine and thought it would be a good goal for her as she has never been a runner and a few months ago started light jogging in response to a major health scare at the end of last year.

The mum of three has already lost 18lb in weight since April and now hopes to continue to build her stamina up in preparation for the 5k course, which Jimmy’s birthday fun run will follow around Cowm Reservoir in Whitworth. 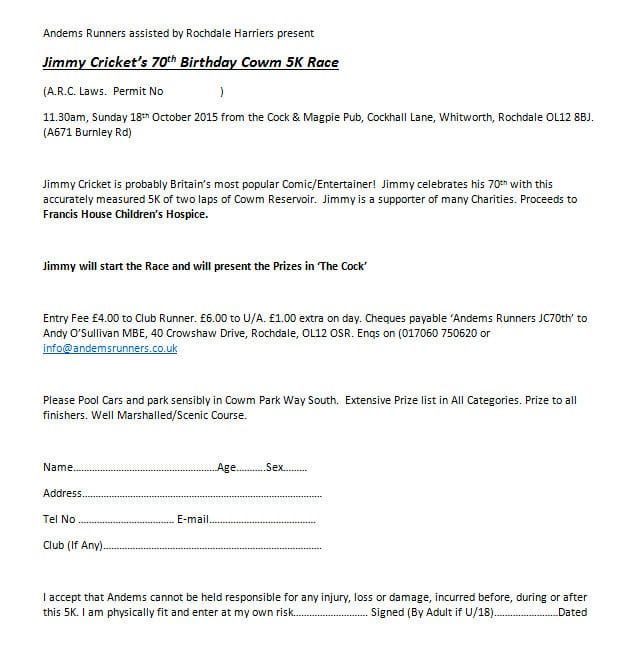 Jo was equally drawn to the run as the event is in aid of the Francis House Children’s Hospice in Manchester and she has received pledges of £200 in sponsorship from friends and family to encourage her to do it.

She said: “In December last year I was advised my weight was one of the contributing factors to my health scare, so I said then I was going to do something about this for both myself and my children.

“In April I set myself a goal and so the exercise and healthy eating began. When I saw the article about this 5K run, I thought ‘come on you can do this in three months’ time!’

“I also think that the charity Francis House is an amazing charity and I decided to fund-raise for this as an extra motivation to complete the 5k.”

Rochdale-based entertainer Jimmy said: “I am thrilled this race is now being considered throughout the community. I understand Jo has also roped in one of her friends, her brother and step-dad to also take part in the run, so what a great supporting team she has lined up for the occasion!

“This is great to hear as the idea behind the fun run is to make it more of a community event to mark my birthday. This is why it is really fantastic Roch Valley Radio [which broadcasts to Fairfield General Hospital in Bury 24 hours a day] are coming along to set up their roadshow and that the fund-raising team from Francis House are going to be present too.

“Add in the nearby Cock and Magpie pub – who are arranging some post-race entertainment – and this is turning out to be a fun-filled event for everyone.”

Jimmy is pictured above with race organiser Andy O’Sullivan, runner Jo Davies, her two children – Lucas Davies and Lillie Mai Davies – and Daniel Barker at the scene of the fun run near Cowm Reservoir.

The entry fee to take part in this fun race is £4 to club runners and £6 to all others. An additional £1 will be charged to entrants who turn up on the day. Prizes will be awarded to all race finishers. Jimmy will be there to send runners on their way and also greet them as they finish.

For more information and for a hard copy of the entry form (above), please contact Andy O’Sullivan at info@andemsrunners.co.uk