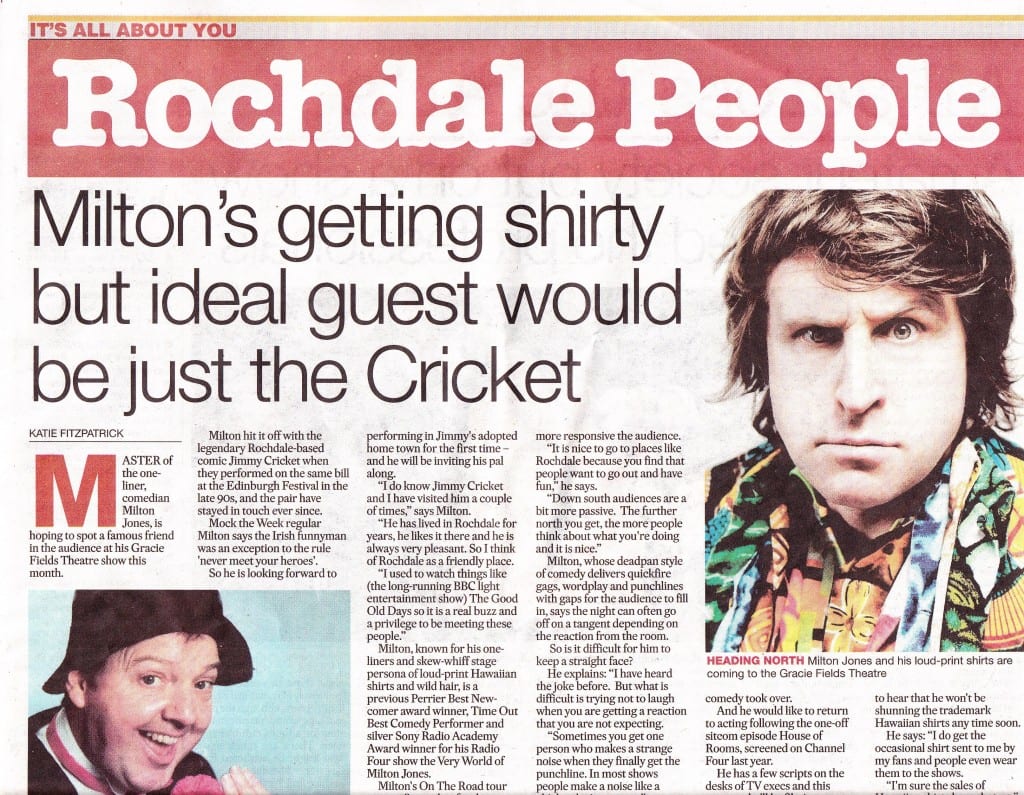 TV comedian Milton Jones is hoping to spot a famous friend in the audience when he performs in Rochdale later this month.

The Rochdale Observer featured an article on Saturday 2 March about the Mock of the Week star appearing at the Gracie Fields Theatre.

Milton mentions that he knows Jimmy and has visited him in Rochdale – he has even popped round for lunch in the past!

They hit it off when they performed on the same bill at the Edinburgh Festival in the late 1990s and the pair have stayed in touch ever since.

And he is looking forward to performing in Belfast-born Jimmy’s adopted home town for the first time.

“I do know Jimmy Cricket and I have visited him a couple of times,” said Milton who is also well-known for his Hawaiian shirts.

“He has lived in Rochdale for years, he likes it there and he is always very pleasant. So I think of Rochdale as a friendly place.”

Master of the one-liner Milton has had various shows on BBC Radio 4 and won the Perrier comedy award for best newcomer in 1996.

He tours the UK periodically and is a regular performer at The Comedy Store in London and Manchester.

Milton’s deadpan style of comedy delivers quickfire gags, wordplay and punchlines with gaps for the audience to fill in.