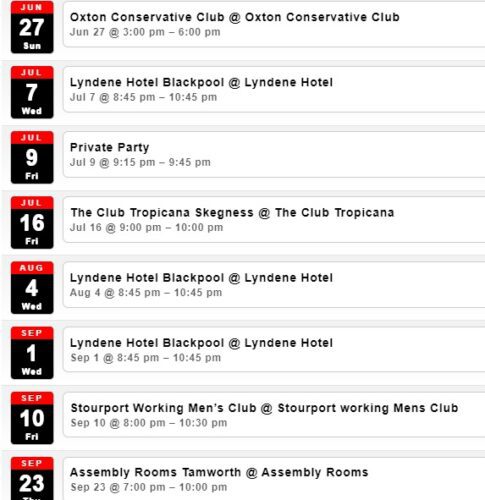 Jimmy Cricket is just over a month away from returning to the stage!

Like so many other entertainers, the famous funnyman has had to be patient as the coronavirus pandemic forced the suspension of all live shows in person.

But the popular Northern Ireland comedian has lined up several stage performances over the coming months.

As things stand, his first  appearance is at Oxton Conservative Club in Birkenhead on the Wirral, Merseyside, on Sunday 27 June.

Jimmy then makes his eagerly awaited return to the Lyndene, his favourite Blackpool hotel, on Wednesday 7 July.

The Lyndene and sister hotel St Chads had reportedly shut their doors for the final time.

However, new reports in February said the two hotels were ready to return to business.

Jimmy has appeared regularly on the popular Lyndene’s two stages over the past few years.

The Lyndene and St Chads stand next to each other on the seafront. Husband and wife team Paul and Claire Swift manage both.

Jimmy will be appearing once a month at the Lyndene from July until the end of the year.

He has had five seasons in total at the Lyndene.

The hotel starred as the Le Ponderosa in the second series of Peter Kay’s TV hit comedy Phoenix Nights.