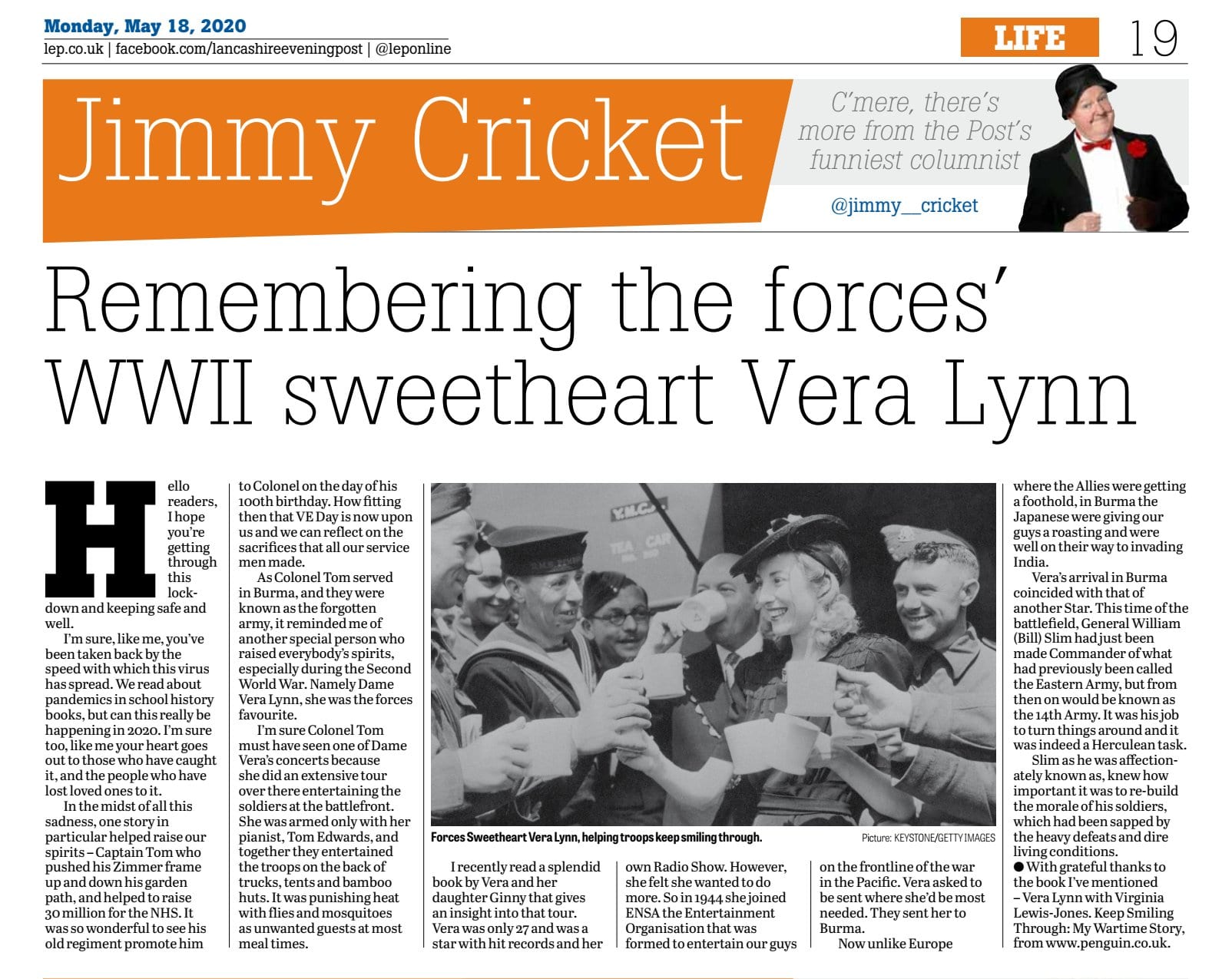 She was known the Forces’ Sweetheart, whose songs helped raise morale in World War Two.

The Queen, Prince Charles and Beatles legend Sir Paul McCartney were among those to pay their respects to her.

Jimmy’s column in the Preston-based Lancashire Post on 18 May (above) was all about Dame Vera.

He tweeted on the day she died: “Hi folks! I had no idea when I wrote this May@leponline column it would be as an epitaph to this wonderful performer and humanitarian.
“R.I.P. our Vera!

The BBC reported: “Six weeks ago, ahead of the 75th anniversary of VE Day and during the height of the coronavirus pandemic, Dame Vera said simple acts of bravery and sacrifice still define our nation.

“A week later, she became the oldest artist to get a top 40 album in the UK.”

The BBC recalled that Dame Vera had sold more than a million records by the age of 22.

The article added that she “was also remembered for singing The White Cliffs Of Dover, There’ll Always Be An England, I’ll Be Seeing You, Wishing and If Only I Had Wings.

Also read: Looking on the lighter side of the lockdown

In memory of friend and snooker legend Willie Thorne