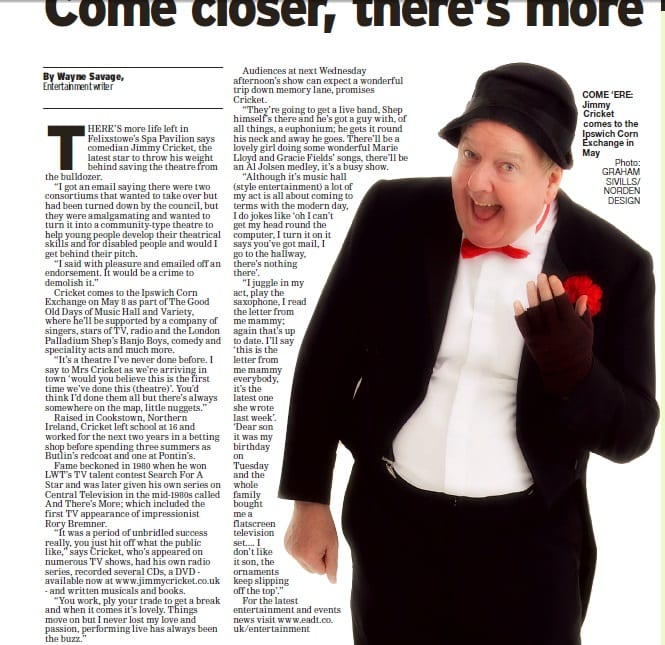 Top entertainer Jimmy Cricket has thrown his weight behind saving a local theatre.

In an article which was published in both newspapers, Jimmy said: “I got an email saying there were two consortiums that wanted to take over but had been turned down by the council, but they were amalgamating and wanted to turn it into a community-type theatre to help young people develop their theatrical skills and for disabled people and would I get behind their pitch.

“I said with pleasure and emailed off an endorsement. It would be a crime to
demolish it.”

Jimmy was in the region last week when he performed at the Ipswich Corn
Exchange as part of The Good Old Days of Music Hall and Variety.

He was supported in the 8 May production by a company of singers and stars of TV and radio, including Shep’s Banjo Boys – who have played at the London Palladium – plus comedy and speciality acts.