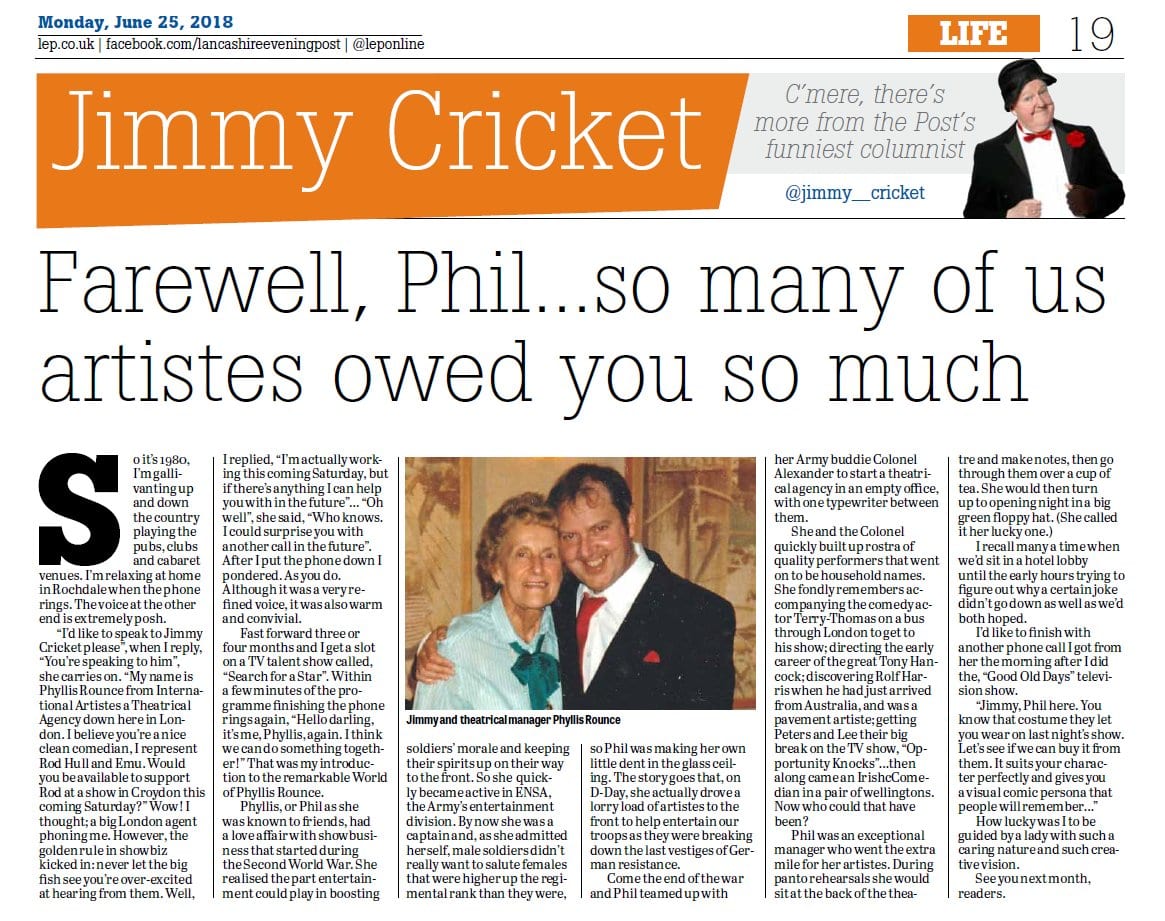 Jimmy Cricket has been paying tribute to “one of the all-time great theatrical agents” in his latest column in the Lancashire Evening Post.

The 72-year-old comedian recalls the career of Phyllis Rounce, who also managed the likes of Rod Hull and Emu, and Tony Hancock.

Rod Hull was a comedian, best known as a popular entertainer on British television in the 1970s and 1980s. He rarely appeared without Emu, a mute, highly aggressive arm-length puppet modelled on the Australian flightless emu bird.

Jimmy said Phyllis – who was known as Phil to her friends – was an “exceptional manager who went the extra mile for her artistes”.

He added that she “had a love affair with showbusiness that started during the Second World War.

“She realised the part entertainment could play in boosting soldiers’ morale and keeping their spirits up on the way to the front.

“How lucky was I to be guided by a lady with such a caring nature and such creative vision.”

On social media channel Twitter, Jimmy said the June column in the Preston-based LEP was his “dedication and tribute to one of the all-time great theatrical agents in the world of showbusiness”.

Settling some old scores in the dressing room…