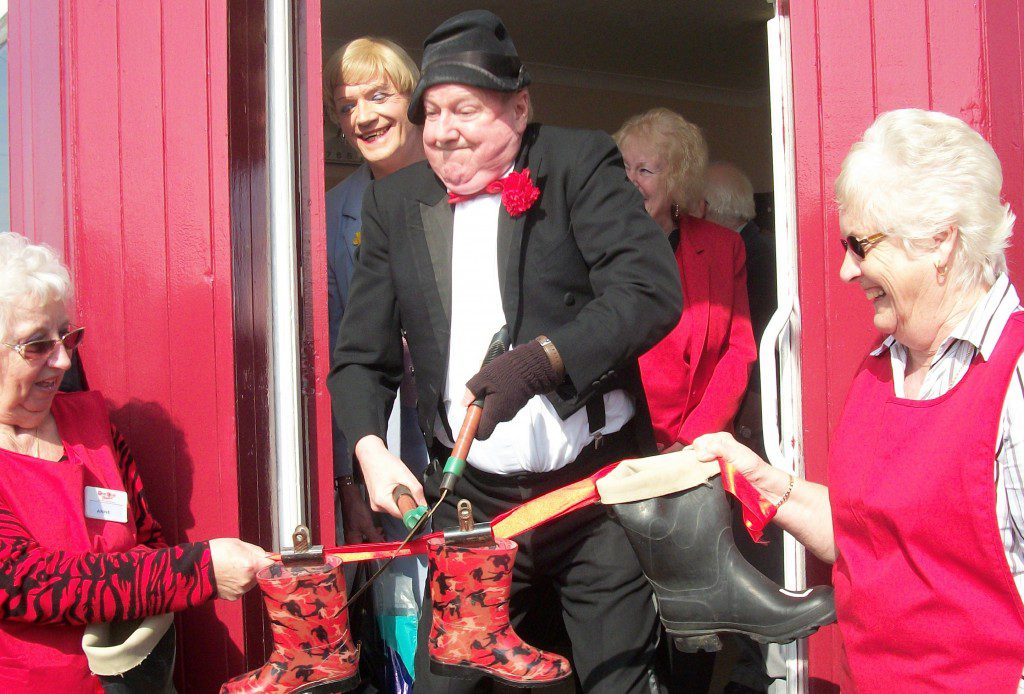 The comedian and the birthday girl