Full part in Womble film ‘to be a surprise’

Full part in Womble film ‘to be a surprise’ 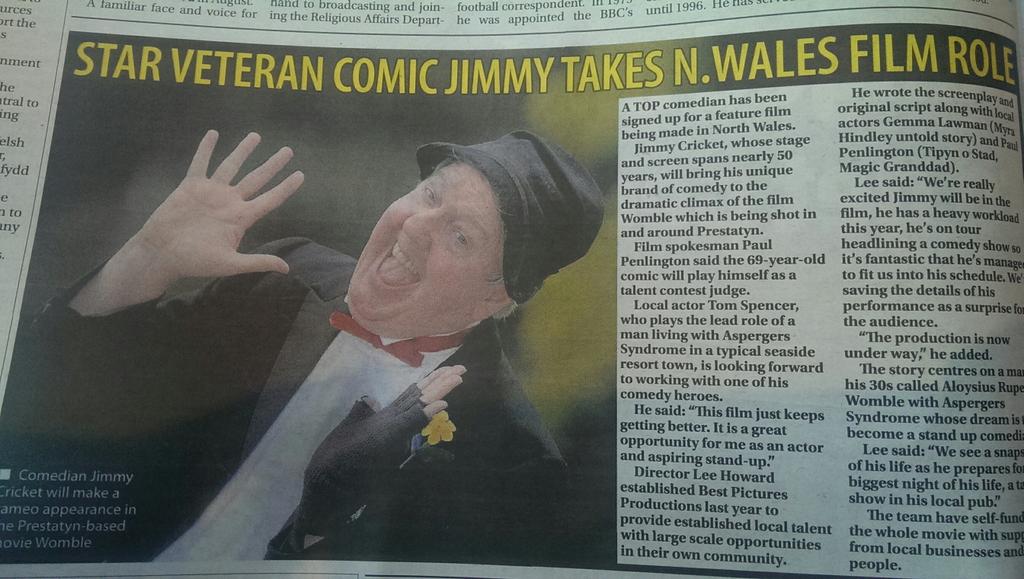 Jimmy Cricket’s exact role in a new feature film called Womble will not be revealed until it is actually screened.

As reported on Cricket Times last month, Womble, one of the biggest independent movies to be made in North Wales, is being shot over the summer and will be set for release in 2016.

The 18 March edition of the North Wales Daily Post newspaper states that well-known entertainer Jimmy “will bring his unique brand of comedy to the climax of the film”, which is being set in and round Prestatyn.

It reports that top comedian Jimmy, 69, will play himself as a talent contest judge.

Movie director Lee Howard told the Post: “We’re excited Jimmy will be in the film… it’s fantastic that he’s managed to fit us into his schedule.

“We are saving the details of his performance as a surprise to the audience.”

It will feature songs from the Beautiful South’s former lead singer Briana Corrigan and American Pie star Thomas Nicholas as well as a string of original songs written by songwriters especially for the movie.