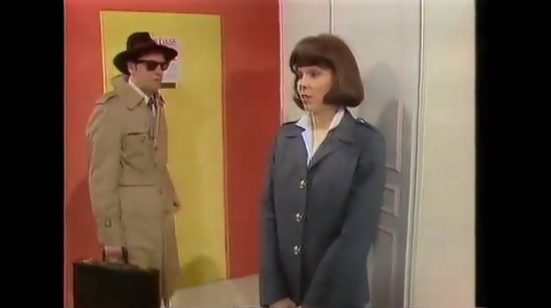 Jimmy Cricket has highlighted another sketch from his 1980s TV series on social media.

The famous Northern Irish comedian linked to the latest sketch in which he plays a hapless secret service agent called Wally!

Wally is shown to his hotel room by a hotel porter.

He receives a message which he thinks is in code, until the porter points out the piece of paper is upside down.

Wally gives it to the porter to read and it begins: “On no account, let the hotel porter see this note!”

And so he immediately grabs it back off her.

He said on social media: “Hi folks! Editing snippets from, And There’s More, series for the website.

“Thought I would share this one with you, for all those who miss sketch shows on the telly.

“This one is for you! #savethearts.”

Jimmy became a household name with And There’s More, which ran for a total of three years between 1985 and 1988.

Keep an eye on the homepage of this website for more sketches from And There’s More.