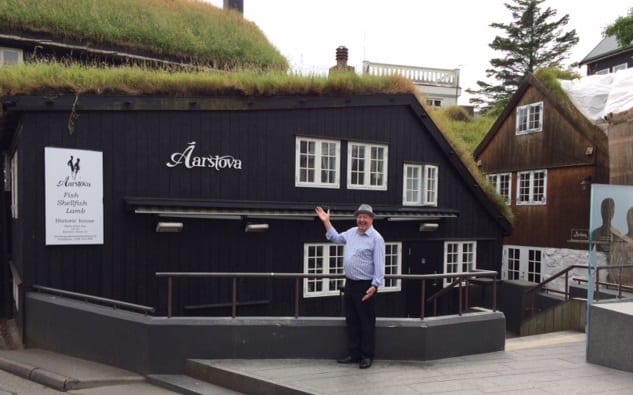 Jimmy Cricket visited a turf-roofed restaurant and an 18th-century cathedral when he visited the Faroe Islands recently.

The famous entertainer, 71, had the chance to visit the group of islands, which are in the Atlantic Ocean, north west of Scotland.

The islands are a self-governing island territory of Denmark and have a population of nearly 50,000.

Jimmy visited the capital city of Tórshavn, which is on Streymoy Island. Tórshavn was founded in the 10th century and named after Thor, the god of thunder and lightning in Norse mythology. It is the political centre of the Faroes.

Among the places comedian Jimmy visited was a grass-roofed restaurant (top) – apparently, sheep are used to cut the grass when it grows! – and the city’s cathedral (above right).

The visit to Tórshavn was a port of call during a special Irish-themed cruise off the north coast of Scotland on the Magellan – a ship belonging to Cruise and Maritime Voyages – on which Jimmy was performing.

Cruising and performing on board the Magellan