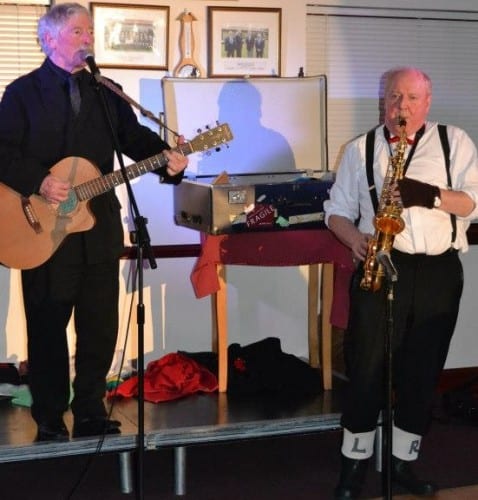 The northern-most town in England was one of the latest destinations for top entertainer Jimmy Cricket.

He appeared in Berwick-upon-Tweed on the England-Scotland border for two shows over the Easter weekend.

First, the famous Irish comedian was at Berwick Bowling Club and the following night he performed at Tweedmouth Bowling Club.

Both featured Jimmy as the headline artist, supported by the gifted singer and guitar player Clive Abbot.

The two shows were put together by local businessman Albert Whyte.

Bumping into an old friend…