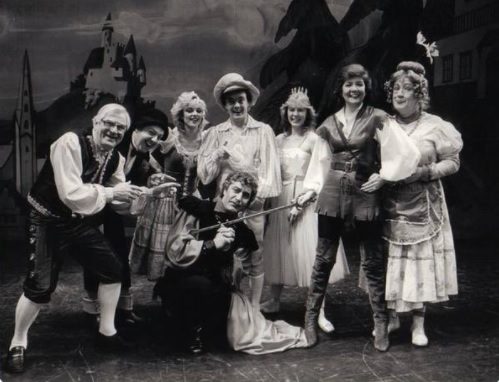 The Northern Irish comic recalled performing alongside the late Wyn Calvin in the 1980s.

Wyn’s death at the age of 96 was announced earlier this week.

“I had the great pleasure of working with the ‘Welsh Prince of Laughter’ in Panto back in 1983 @brumhippodrome,” said Jimmy.

“Sadly now no longer with us, the late Wyn Calvin, (pictured far right in the above photo in his role as Dame).

Wyn got into showbusiness after World War Two and went on to appear in more than 50 pantomimes, often as Widow Twankey.

He served with the forces’ Entertainments National Service Association and played to troops all across Europe.

He was known for his performances in concert halls and repertory theatres.

His career included successful runs on radio as Tommy Trotter, in a show called Welsh Rarebit on BBC Wales.

He also made music hall appearances and shared a stage with legendary comedy duo Laurel and Hardy.

Read more about Wyn on the BBC website here 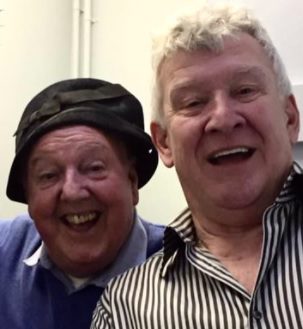 Jimmy said: “A bright light went out in Blackpool today with the passing of performer/manager/producer Tony Jo @hrhents.

“He will be sadly missed by his family and many friends in the world of Showbusiness!

Tony was a celebrated after-dinner comedian.

Tony was a winner of the After Dinner Speaker of The Year Award three times.

In addition, he wrote for shows including You’ve Been Framed and Stars in Their Eyes.

Read more about Tony on the Blackpool Gazette website here.

Also from this website: Frankie Whittle: From Butlin’s to Blackpool’s Music Hall Tavern

Two great venues to get the new year up and running!