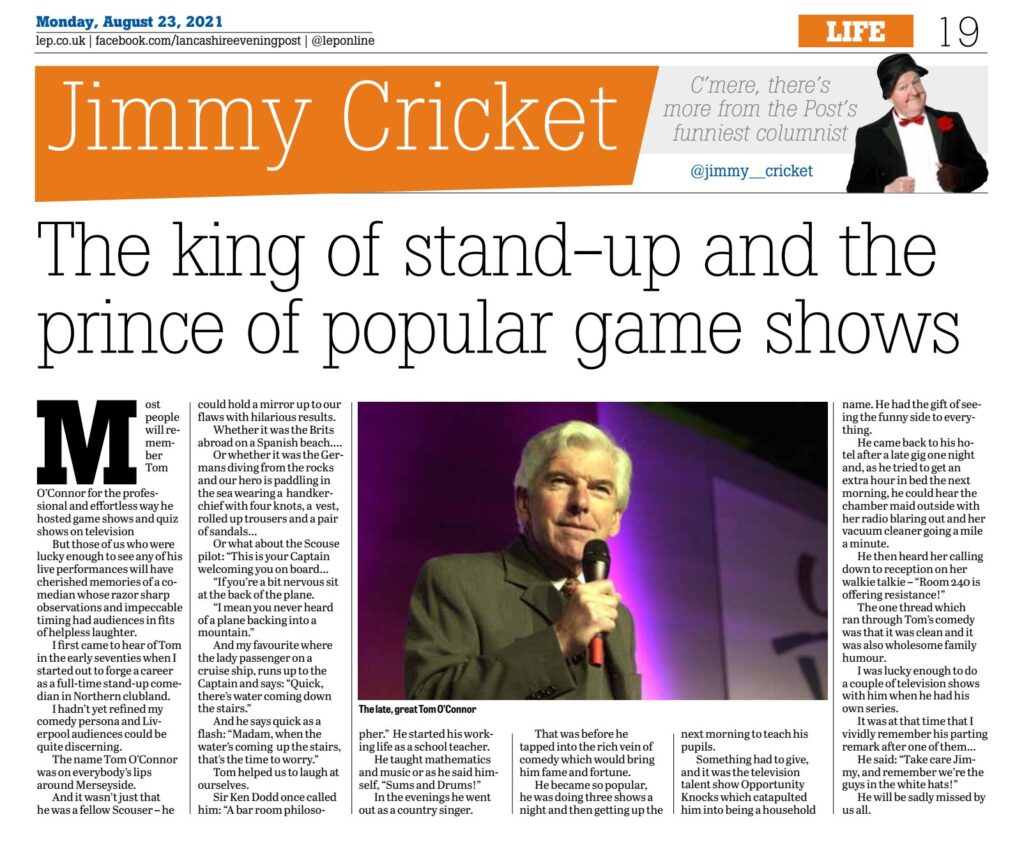 Tom died in hospital in Buckinghamshire in July aged 81.

Like Jimmy, his humour was always completely family friendly.

He became a professional entertainer in the early 1970s, establishing himself as a household name with shows like Pick Pockets.

His career saw him appearing in the Royal Variety Show at the London Palladium and being the subject of This Is Your Life.

Jimmy paid tribute to Tom at the time of his death.

And he also devoted his August column in the Lancashire Evening Post to his friend and fellow entertainer.

He began by writing: “Most people will remember Tom O’Connor for the professional and effortless way he hosted game shows and quiz shows on television.

“But those of us who were lucky enough to see any of his live performances will have cherished memories of a comedian whose razor-sharp observations and impeccable timing had audiences in fits of helpless laughter.”

To finish, Jimmy said: “The one thread which ran through Tom’s comedy was that it was clean and it was also wholesome family humour.

“I was lucky enough to do a couple of television shows with him when he had his own series.

“He said: ‘Take care Jimmy, and remember we’re the guys in the white hats!’

“He will be sadly missed by us all.”

Jimmy posted on Twitter: “Here is my latest @leponline column where I pay my tribute to a wonderful Comic/Game/Quiz/ShowHost.”

He added that Tom’s “live stand-up performances thrilled audiences all over the U.K. for many decades! #livestandup”. 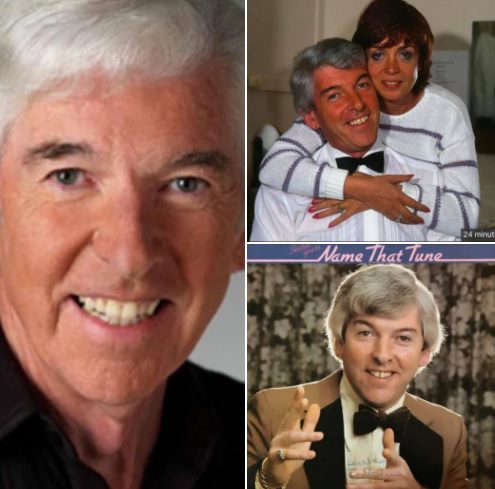