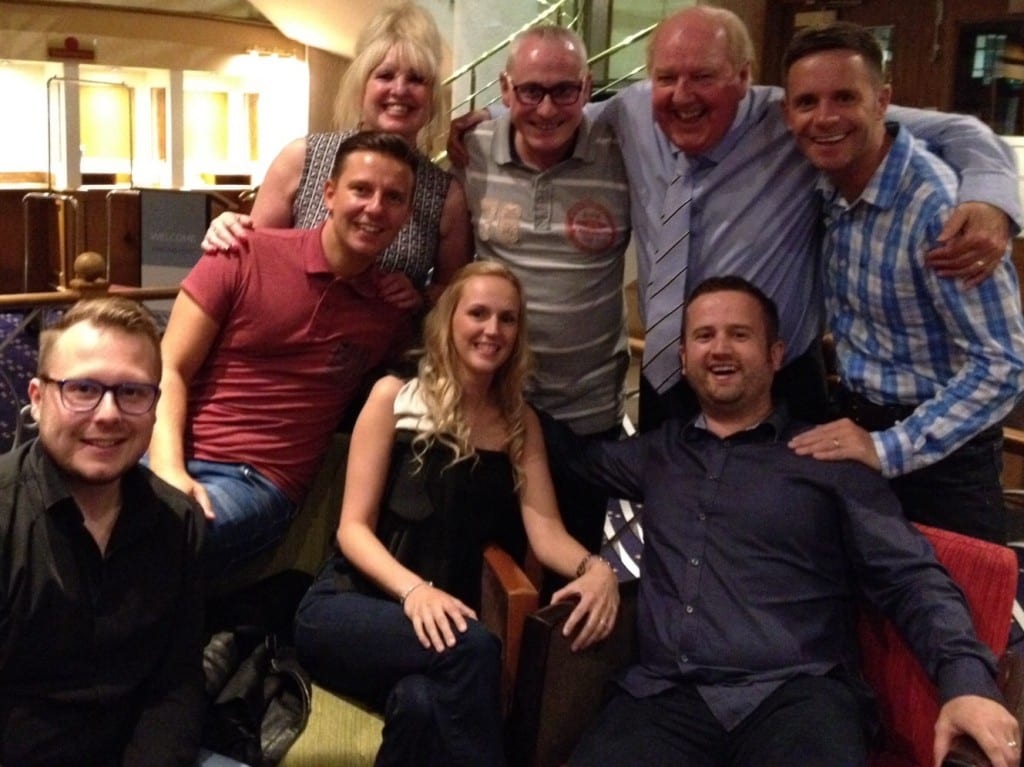 Jimmy Cricket stayed at the Mercure Hotel in Ayr when he appeared at the town’s Gaiety Theatre for the first time in more than 20 years. 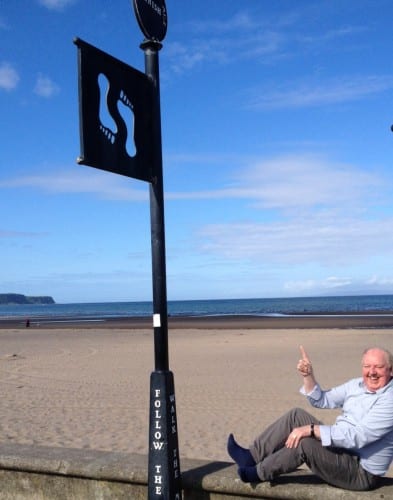 Viva Variety was produced by Scottish entertainer Liam Dolan, who is well known for his tribute show to one of Scotland’s most revered double acts, Frankie and Josie.

The show was scheduled for a Friday evening, Saturday afternoon (matinee) and Saturday evening in mid-August.

This meant that most of the cast stayed overnight on the Friday at the Mercure Hotel, which was a stone’s throw away from the theatre.

Famous entertainer Jimmy, 69, said he was “thrilled” to be back after his long absence  from the Gaiety Theatre in the West Scotland coastal town.

The group photo (top) was taken in the hotel’s bar on the Friday night. Alongside Jimmy and his wife, May, are Liam and his partner, Elliot (who choreographed the show), Liam’s cousin, Kevin, and his wife, Stephanie (who are friends of the Krankies), and Jim. Above right, Jimmy enjoys a sit-down on the promenade.