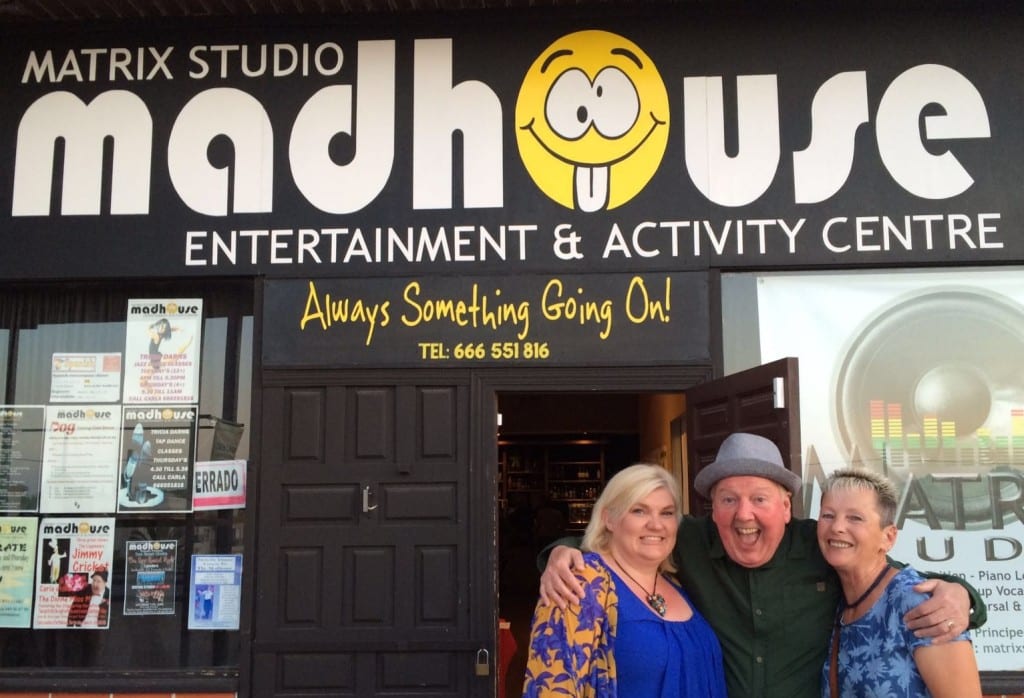 Jimmy Cricket’s recent expedition to the Costa Blanca in Spain involved a second show after his earlier performance at the Emerald Isle.

This time Jimmy’s location was the Matrix Studio Madhouse (above) in Orihuela, a facility run by Carla and Mark Farrow who use it not only to present shows, but also for dance lessons. 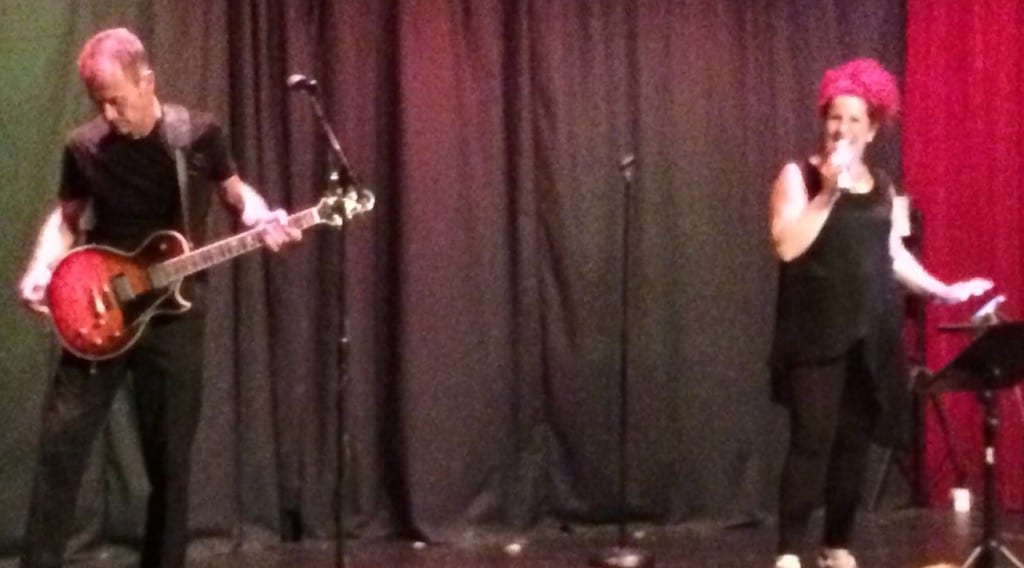 However, Carla is not just the owner of a studio and a dance teacher – she is a fabulous female vocalist who specialises as a Bette Midler tribute, while Mark is an excellent guitarist (both are pictured above on stage).

Carla also presents a morning show on the local Sunshine FM radio station – an English-speaking channel for the British ex-pat community who live in that region of Spain. 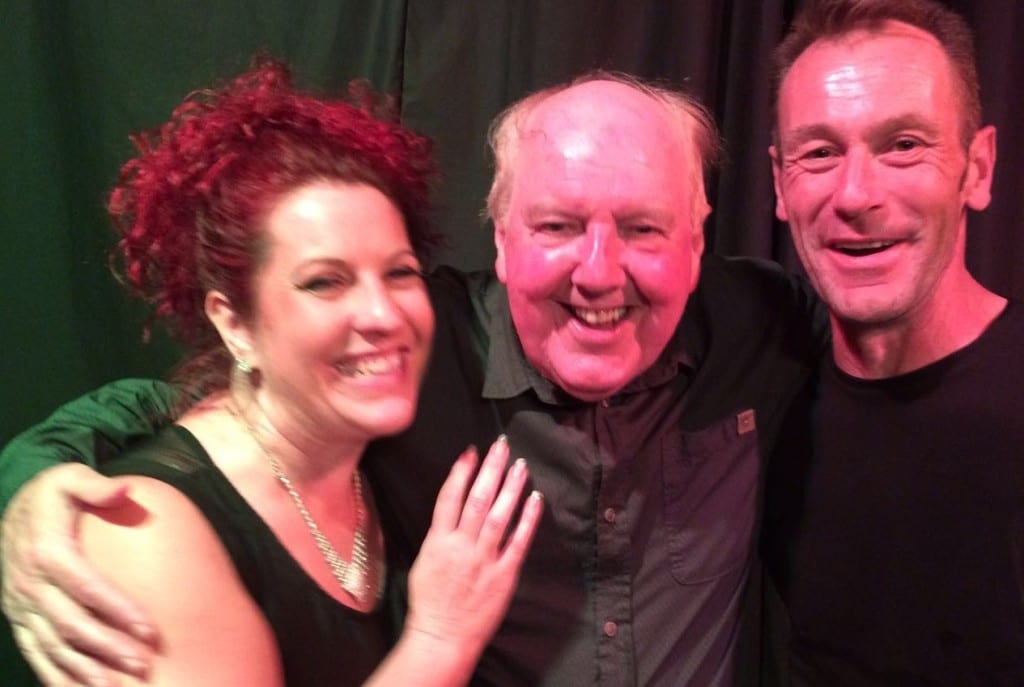 Veteran comedian Jimmy enjoyed meeting both Carla and Mark (above) and his appearance alongside them both was warmly received by the audience for that evening’s show at the Madhouse.

A special note of thanks must also be given to Simon Morton from Sunshine FM, as he arranged for Jimmy, 70, to make this trip over to Spain to appear at both the Emerald Isle and the Matrix Studio Madhouse.