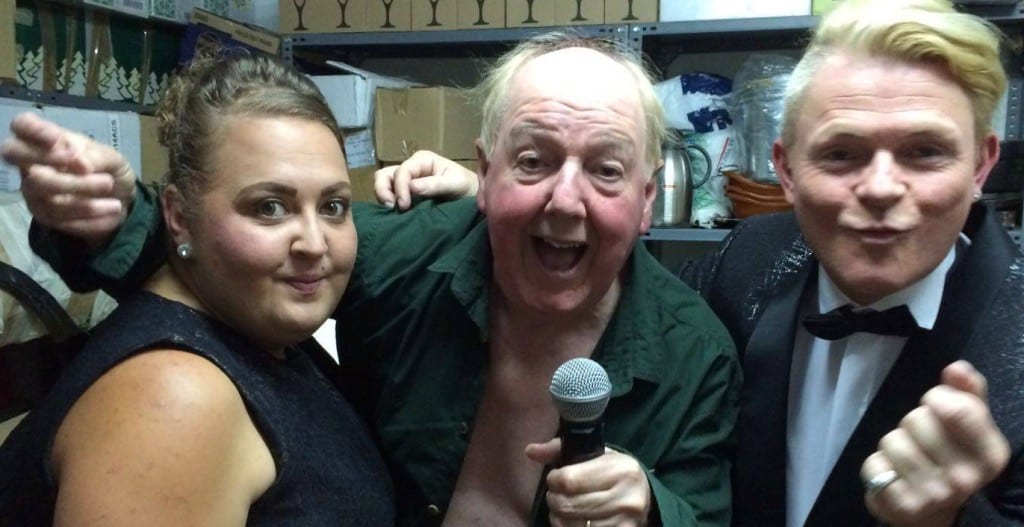 Jimmy Cricket embarked on another trip to the south-west coast of Spain recently to entertain the local British ex-pat community living there.

It was the veteran comic’s third visit to the region in less than a year, as he is proving popular among audiences who now live in or who have retired to the Costa Blanca, and remember him from his many TV appearances in the 1980s. 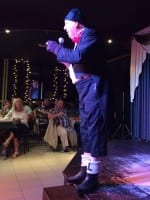 His most recent trip to the Alicante area kicked off with a show at the Emerald Isle in the La Florida complex in Orihuela.

Jimmy was joined on stage by the night’s host – Spanish-based British entertainer Stevie Spit – and was fabulously supported by the female vocalist Kylie Burgazzi (all are pictured above).

The show at the Emerald Isle was a sellout with a waiting list created for cancellations! Credit for making the evening happen must be extended to Paul Moran, the owner of the Emerald Isle (and pictured below with Jimmy).

As the night went so well, Paul has already asked Jimmy to consider making a return to the Emerald Isle during June 2017! 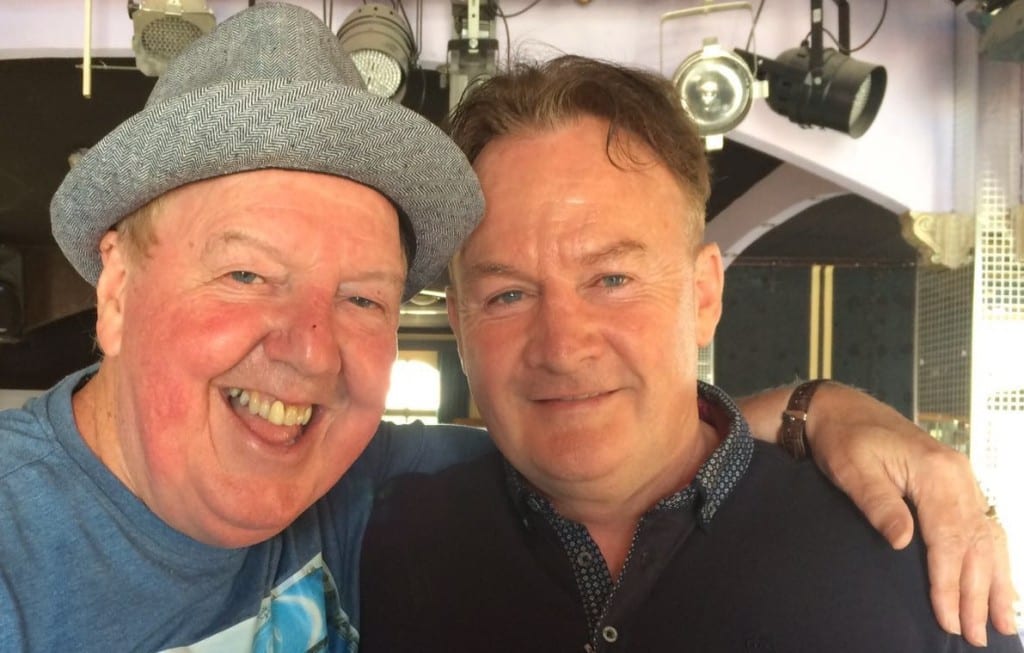