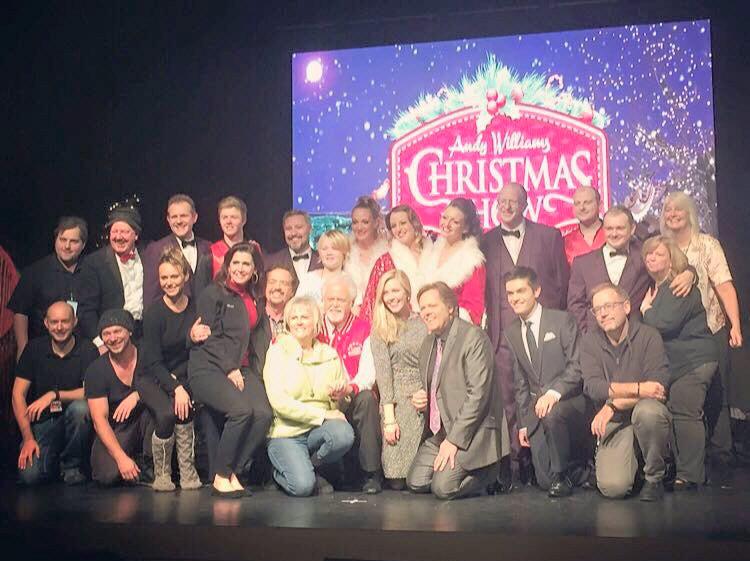 In a special series of monthly articles, Jimmy is taking a trip down Memory Lane to recall some of the special people with whom he has shared the stage.

Our second feature in the series is about The Osmonds, an American family music group with a long and varied history as star performers.

Jimmy, 74, supported the world-famous Osmonds on their pre-Christmas tour around the UK towards the end of 2015.

He was a special guest for the Andy Williams Christmas Spectacular which ran for 15 shows, several of them sellouts.

Jimmy appeared on what was a wonderfully creative and slick show, which featured Jimmy, Jay and Merrill Osmond.

It included a video screen transmitting footage of the late American popular singer Andy Williams and images of Christmas, a set of green Christmas trees around the stage and even snow fell during the finale!

Here, Jimmy remembers the Osmonds in his own special way:

“Touring with the Osmonds was what you would call in this business a dream gig.

“It happened four years ago and the show consisted of Jimmy, Merrill and Jay.

“We did a 15-day tour up and down the country and played to sellout crowds.

“As well as the boys, we had a live band, dancers a  Russian quick-change act and a young English vocalist.

“The show was actually a tribute to the great singer Andy Williams, whose Christmas TV specials enthralled American viewers for many years.

“Andy was also the one to give the Osmonds their first break in television when they were just babies.

“Indeed, I did the warm-up for the show and introduced those very appearances to the audiences on a large screen on stage.

“I was always amazed how many of the Osmond fans stayed loyal over the years and came to so many of their shows during that tour.

“It was a pleasure to work with this special showbiz family.”

Also read: Merrill Osmond told me: ‘You’re one of our family’

Click on either of the arrow-shaped play buttons above to watch a slideshow of pictures from the 2015 tour. All the photos were taken during the last tour date at the Winding Wheel concert venue in Chesterfield.

If you have any special memories of the Osmonds or would like Jimmy to feature somebody in our series, you can do this in several ways: