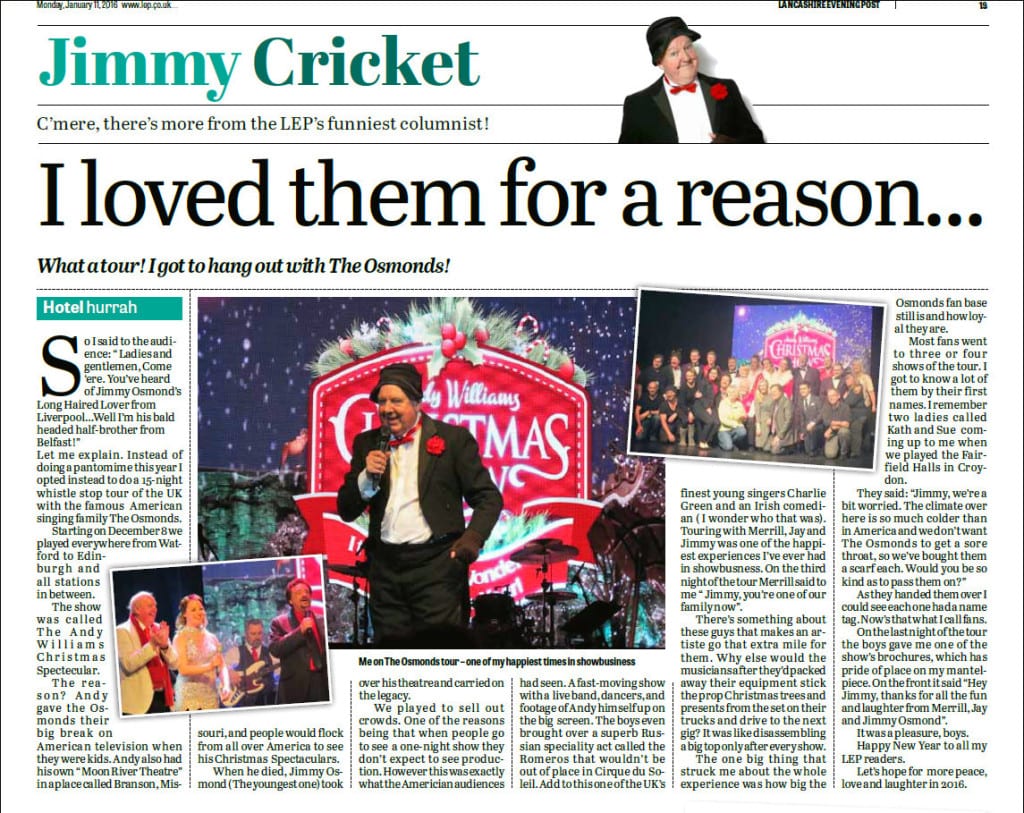 Jimmy Cricket relives his successful pre-Christmas tour with the famous Osmonds in his latest newspaper column.

Well-known Northern Irish comedian Jimmy was a special guest for the Andy Williams Christmas Spectacular which ran for 15 shows, several of them sellouts, during December.

Jimmy appeared in every show on their 2015 UK tour, which featured Jimmy, Jay and Merrill Osmond.

In his January column for the Preston-based Lancashire Evening Post, entitled I loved them for a reason, Jimmy says: “Touring with Merrill, Jay and Jimmy was one of the happiest experiences I’ve ever had in showbusiness.

“On the third night of the tour, Merrill said to me: ‘Jimmy, you’re one of our family.’

“There’s something about these guys that makes an artiste go that extra mile for them.”

He concludes: “It was a pleasure, boys… Let’s hope for more peace, love and laughter in 2016.”

Click on either of the arrow-shaped play buttons above to watch a slideshow of pictures from one of the pre-Christmas shows. All the photos were taken during the last tour date at the Winding Wheel concert venue in Chesterfield.