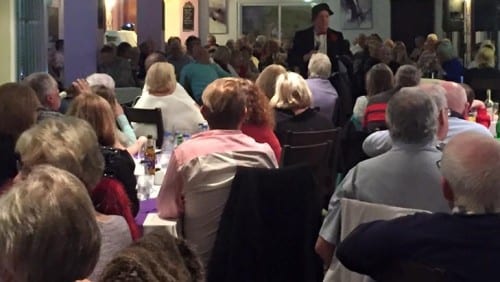 Jimmy Cricket’s first work engagement of 2016 was a trip to the Costa Blanca in Spain.

Just as temperatures started to plummet in the UK, after what had been the mildest December on record, the famous entertainer was able to flee the UK to catch some warmer weather as he flew into Alicante for the weekend.

On arrival his first venue was Coopers Restaurant and Bar in the town of Ciudad Quesada, not far from Alicante itself.

This was an event which had been sold out for months, so everyone was in great spirits and eagerly anticipating Jimmy’s visit (pictures above and below). 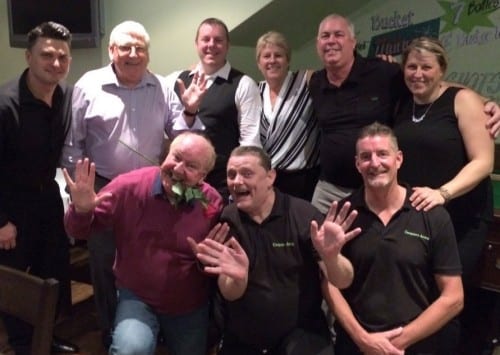 Jimmy said: “It went very well and I especially appreciated the hospitality provided by the owners of Coopers – Tim and Chanade.”

The next night Jimmy travelled to the other side of Benidorm, to the town of Benissa. This is where his friend Mike Lee runs a venue called Le Cabaret. Mike himself is a very good impersonator of the great Matt Munroe and is a versatile entrepreneur in Spain.

After working on two successive nights, Jimmy and his wife, May, were able to put their feet up and soak up some of the Spanish winter sunshine as they had a day off to themselves.

Then they were on their way back to Manchester and temperatures hovering just over zero, with a forecast of snow!