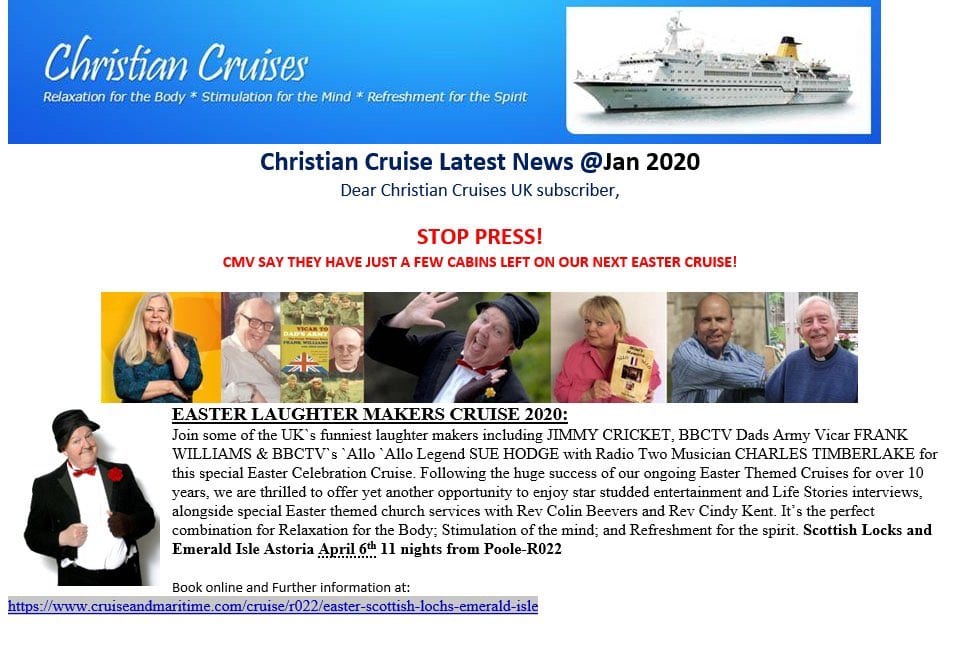 Jimmy Cricket will provide some of the laughter on a special Easter celebration cruise.

The popular Northern Irish comedian joins other well-known entertainers, including Sue Hodge, on the 11-night trip.

Sue is an English actress best known for her role as the waitress Mimi Labonq in the BBC sitcom ‘Allo ‘Allo!.

Another comedy legend entertaining the holiday-goers is Frank J Williams.

He is an English actor best known for playing Timothy Farthing, the vicar in the BBC comedy Dad’s Army.

Frank and Ian Lavender are the series’ last-surviving major cast members. Frank reprised the role of Farthing in the 2016 film adaptation of the series.

Promotion for the break says: “It’s the perfect combination for relaxation for the body,  stimulation of the mind and refreshment for the spirit.

“There is always a waiting list for this special theme.”

The cruise starts from Poole in Dorset on Monday 6 April.

Stops include Belfast (Jimmy’s birth place), the West Highlands of Scotland and Dublin.