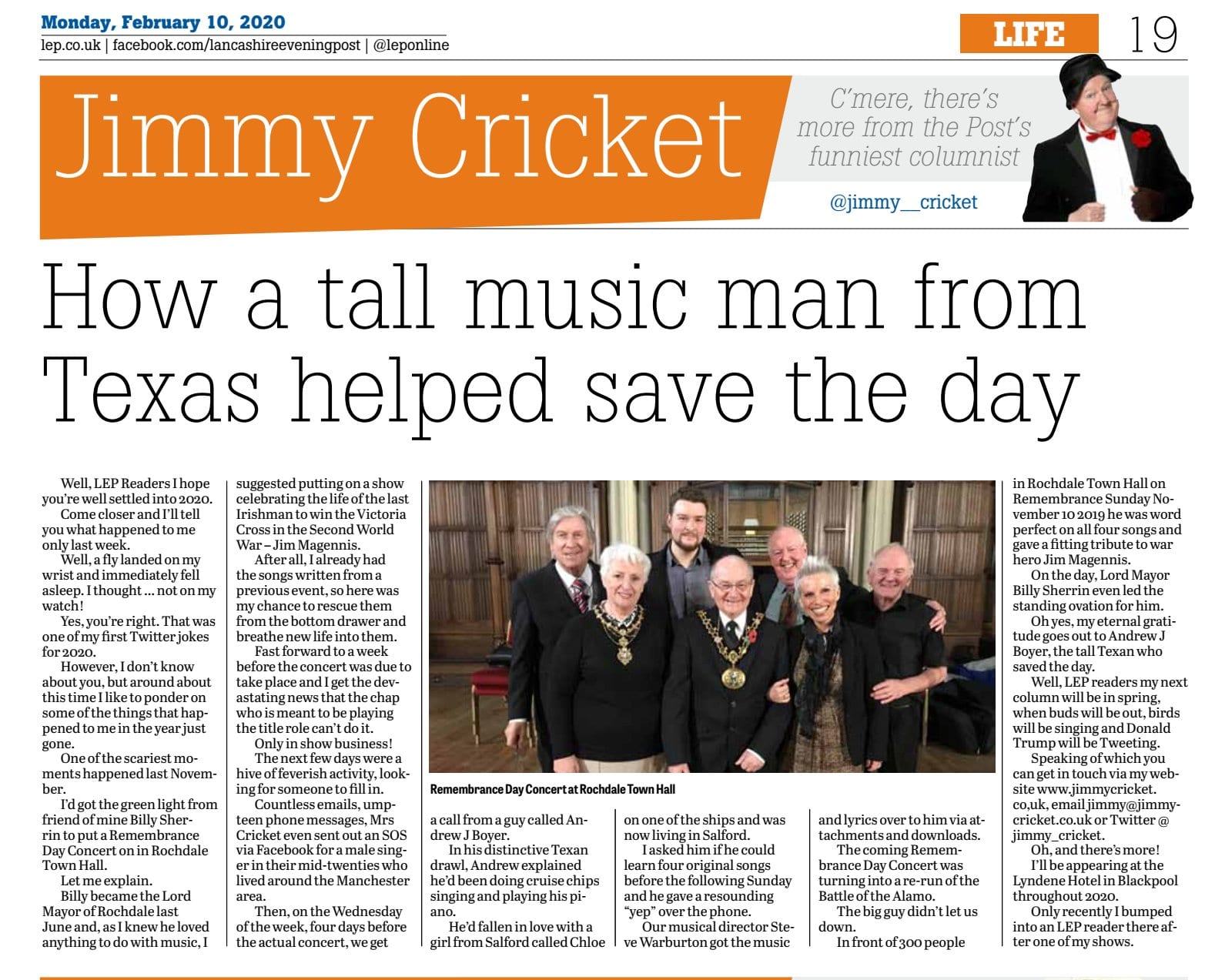 Jimmy Cricket has recalled the story about a Texan who came to the rescue in an English town.

Let’s hear it for the wee man is a musical which Jimmy created a few years ago.
It is about Northern Ireland’s only recipient of the Victoria Cross, submariner James Magennis.
The musical was performed in front of 300 people in aid of the Mayor of Rochdale’s charity appeal on Remembrance Day last year.
However, as Jimmy recounts in his latest Lancashire Post column, a week before the event, the singer playing the title role pulled out.
So Jimmy and wife May frantically began looking for a replacement and even put a plea out on social media channel Facebook.
And just a few days before the concert at Rochdale Town Hall, a Texan called Andrew J Boyer called them.

Andrew (pictured left) is a 24-year-old piano-vocalist from Dallas who had just moved to Salford.
He has been a performer for almost a decade, and sings and plays the piano from time to time on cruise ships.

The musical tells the courageous story of Magennis who joined the Royal Navy aged 15.

Jimmy with Bill Sherrin, the Mayor of Rochdale

Belfast-born Jimmy, who has lived in Rochdale for many years, wrote both the words and the music for the play.

Also read: Tribute ahead of Remembrance Sunday musical
Find out where Jimmy is performing and his other forthcoming shows by viewing all his tour dates on this website.