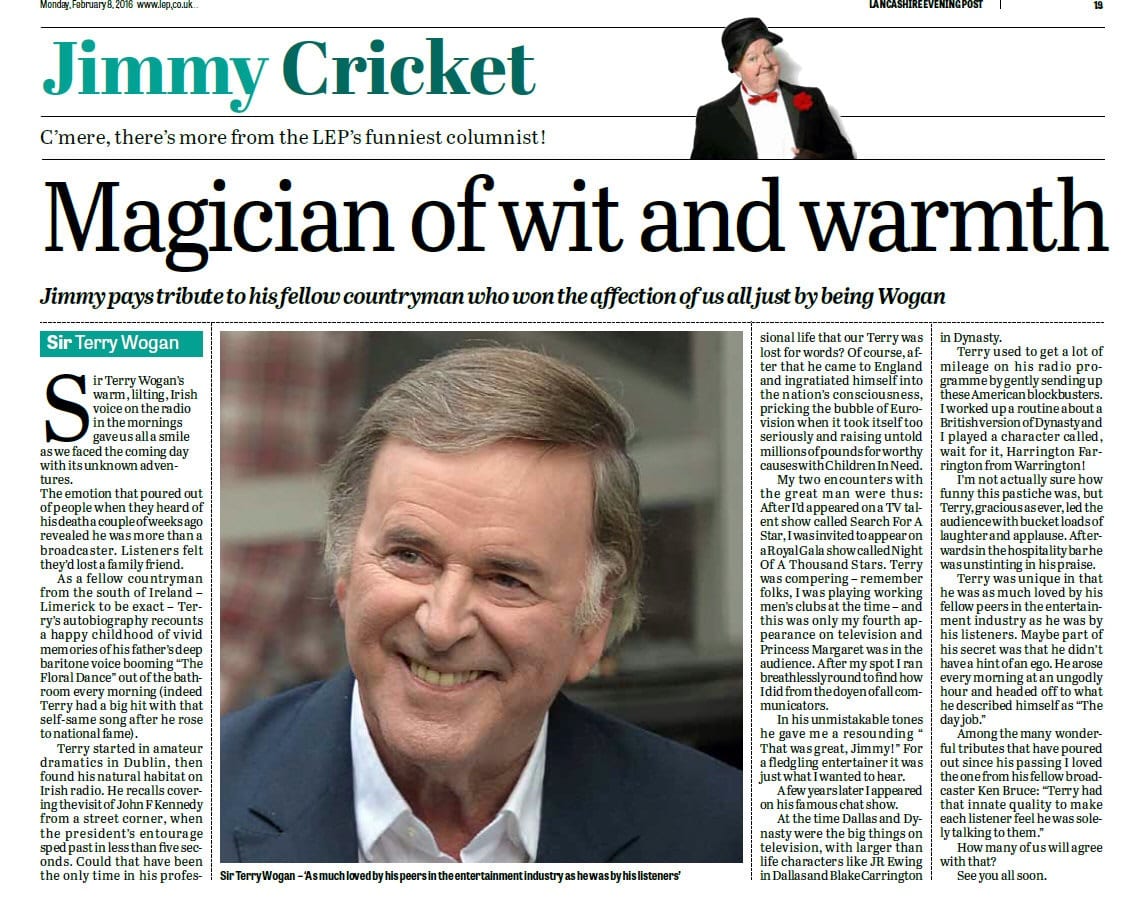 Sir Terry, the genial Irishman who became one of the best-loved broadcasters in the UK, passed away on 31 January after a short battle with cancer.

In his latest column for the Lancashire Evening Post, Northern Irish entertainer Jimmy recalls the two occasions on which he met the famous presenter.

The first was after he had appeared on a TV talent show called Night Of A Thousand Stars which Sir Terry compered.

Jimmy reflects: “After my spot, I ran breathlessly round to find how I did from the doyen of all communicators.

“In his unmistakeable tones, he gave me a resounding ‘that was great, Jimmy!’ For a fledgling entertainer, it was just what I wanted to hear.”

Jimmy, 70, continues: “A few years later, I appeared on his famous chat show. At the time, Dallas and Dynasty were the big things on television, with larger-than-life characters like JR Ewing in Dallas and Blake Carrington in Dynasty.

“Terry used to get a lot of mileage on his radio programme by gently sending up these American blockbusters. I worked up a routine about a British version of Dynasty and I played a character called, wait for it, Harrington Farrington from Warrington!

“I’m not actually sure how funny this pastiche was, but Terry – gracious as ever – led the audience with bucket-loads of laughter and applause. Afterwards in the hospitality suite, he was unstinting in his praise.”

He adds: “The emotion that poured out of people when they heard of his death a couple of weeks, ago revealed he was more than a broadcaster. Listeners felt they’d lost a family friend.”

Cricket team to turn out in aid of Bury fundraiser