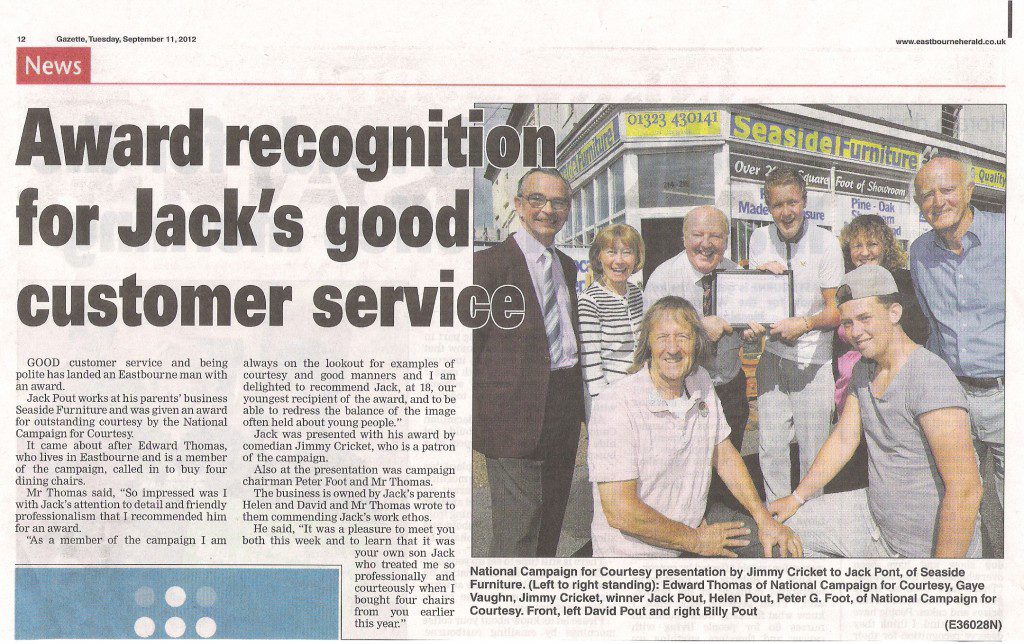 Comedian Jimmy Cricket, who prides himself on his clean humour, has helped to honour a man for outstanding courtesy and good customer service.

The Belfast-born, Rochdale-based funnyman was on hand to present Jack Pout from Eastbourne his award on behalf of the National Campaign for Courtesy.

Jack, aged 18, works at his parents’ business Seaside Furniture and was nominated by shopper Edward Thomas, who lives in Eastbourne and is a member of the campaign.

The presentation featuring Jimmy, who is a patron of the campaign, and Jack was reported by the Eastbourne Gazette and on the Eastbourne Herald online.

Also at the presentation were campaign chairman Peter Foot and Mr Thomas.

Other campaign patrons include:

Jimmy has been performing in Eastbourne twice a week since 1 May in the family show Sentimental Journey at the Royal Hippodrome Theatre. It finishes next Wednesday (26 September).