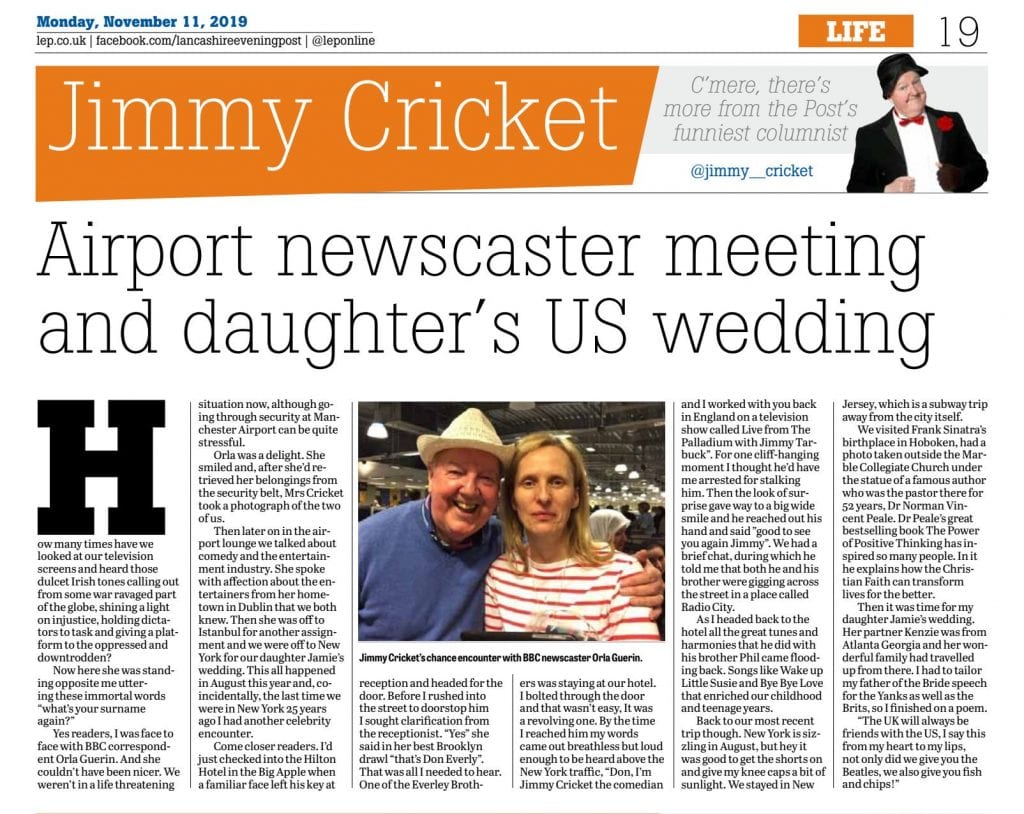 Jimmy says: “How many times have we looked at our television screens and heard those dulcet Irish tones calling out from some war-ravaged part of the globe?

Variety of venues during busy run up to Christmas