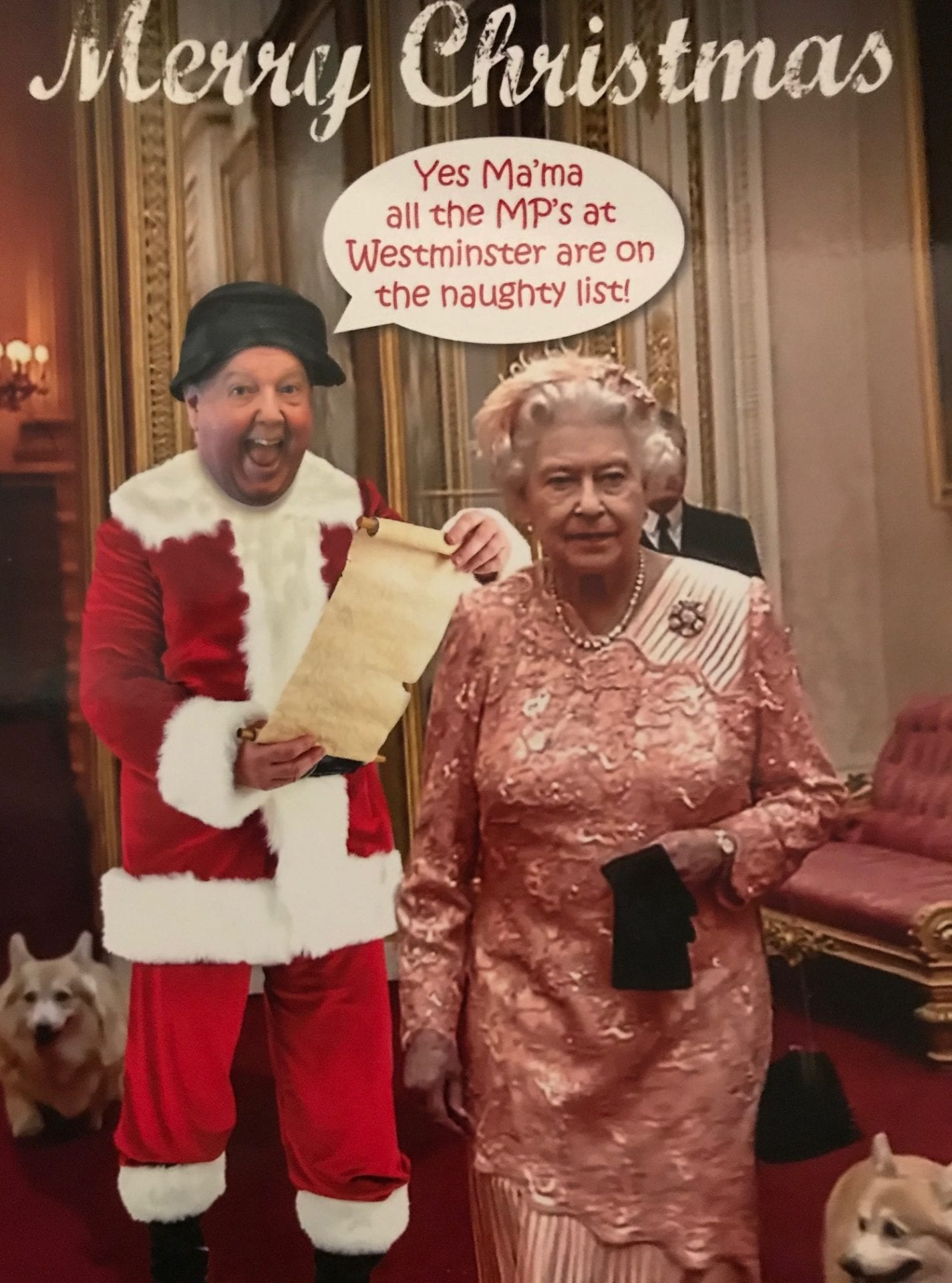 Jimmy Cricket has wished all his fans and friends a merry Christmas and a happy new year.

The popular Northern Irish entertainer took to his social media channels, Twitter and Facebook, to send the season’s greetings.

Along with the message, he posted his 2019 Christmas card (above), which was based on the way Westminster MPs have behaved over Brexit.