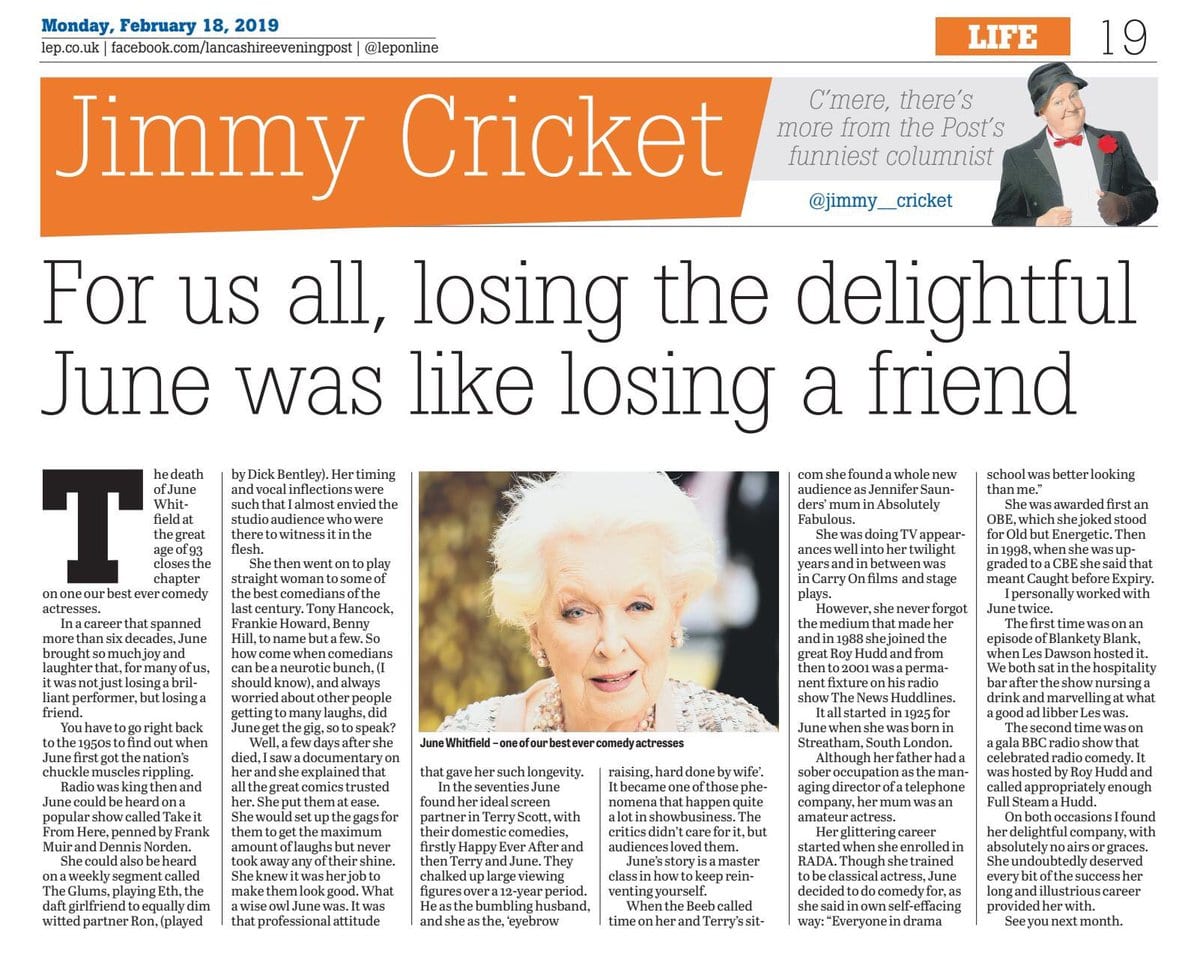 Jimmy Cricket has been sharing his memories of his good friend, comedy actress June Whitfield, who died at the end of last year.

The comedian devoted his latest monthly column in the Preston-based Lancashire Evening Post to the late English radio, television and film star.

Jimmy told all his social media followers about his column, saying: “Hi folks I had the great pleasure of working with this great actress and lovely lady the late June Whitfield here is my tribute to her!”

His LEP column read: “The death of June Whitfield at the great age of 93 closes the chapter on one our best ever comedy actresses. In a career that spanned more than six decades, June brought so much joy and laughter that, for many of us, it was not just losing a brilliant performer, but losing a friend.

“You have to go right back to the 1950s to find out when June first got the nation’s chuckle muscles rippling. Radio was king then and June could be heard on a popular show called Take it From Here, penned by Frank Muir and Dennis Norden. She could also be heard on a weekly segment called The Glums, playing Eth, the daft girlfriend to equally dim witted partner Ron, (played by Dick Bentley).

“Her timing and vocal inflections were such that I almost envied the studio audience who were there to witness it in the flesh. She then went on to play straight woman to some of the best comedians of the last century. Tony Hancock, Frankie Howard, Benny Hill, to name but a few.

“So how come when comedians can be a neurotic bunch, (I should know), and always worried about other people getting to many laughs, did June get the gig, so to speak?…”