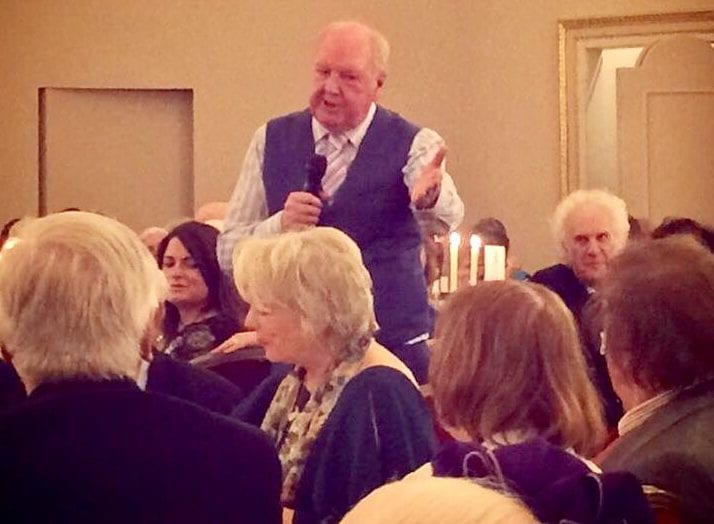 Jimmy Cricket has expressed his delight at the news that close friend and fellow comedian Sir Ken Dodd has returned home after six weeks of treatment for a severe chest infection.

The 90-year-old funnyman, whose great career spans seven decades, was admitted to Liverpool Heart and Chest Hospital on 12 January, but left on Tuesday surrounded by his Diddymen.

And Jimmy said on social media channel Twitter: “So good to see Sir Kenneth coming out of hospital yesterday with his Diddy Men by his side.

“I’m sure he’ll go from to strength to strength and it won’t be long before he’ll be treading the boards again, waving his tickling stick and filling us all full of plumpsishness.”

Jimmy is pictured above paying tribute to Sir Ken (far right) when he was honoured with a lifetime achievement award last year.